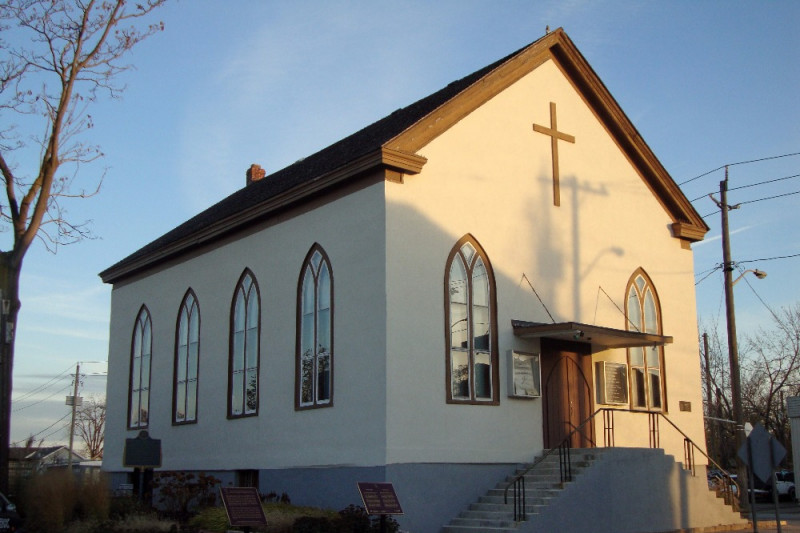 Salem Chapel BME in St Catharines, Ontario, built by slaves who settled in the area after escaping the United States of America, is in desperate shape.

A GoFundMe has been created to help preserve this important piece of actual North American heritage.

The members of a church in Canada that was attended by Harriet Tubman say that the building is in desperate need of repairs.

Salem Chapel BME (British Methodist Episcopal) was built by the former slaves who settled in St Catharines, Ontario, in 1853 and was designated a Canadian National Historic Site in 2000, though it remains privately owned by the congregation.

In the nineteenth century, Tubman would bring escaped slaves to Canada rather than the Northern states in the United States, once famously stating, “I wouldn’t trust Uncle Sam with my people no longer, I brought them all clear off to Canada.”

“The church represents a gateway to freedom for many, many African Americans who fled,” church historian Rochelle Bush told the CBC. “It was a hub for abolitionist activity.”

While the church once served 200 people in its congregation, now, that number has dwindled to only 11. And while nearly 4,000 visitors a year come to tour the site, the congregation says that the money raised that way barely covers the basics to keep the lights on.

A GoFundMe page started by the congregation states that the church needs more long-term help, including cables or earthquake straps to secure the 162-year-old frame of the building from traffic and nearby construction. They also need new paint, new windows, and a new doorframe.

The fundraiser is looking for $100,000 immediately for the most urgent needs but would eventually like to use $500,000 to more extensively work on the building.

GoFund Me to preserve Salem Chapel

A young gay Christian man in Oklahoma says his fellow church-goers tackled him, pinned him down, punched him in the face, and tried to ‘pray the gay away,’ because he and his boyfriend are “guilty of homosexuality, an “abomination of a sin.”

“Pantomime at church, in school, or on TV is another form of dramatic expression for anyone who wants to give deeper meaning to words and to thoughts.” This is “The Art of Pantomime in Church” (Meriwether Contemporary Drama Service filmstrip FS-33, 1982). (r/ObscureMedia)