Twitter briefly and immeasurably improved by removal of Donald Trump 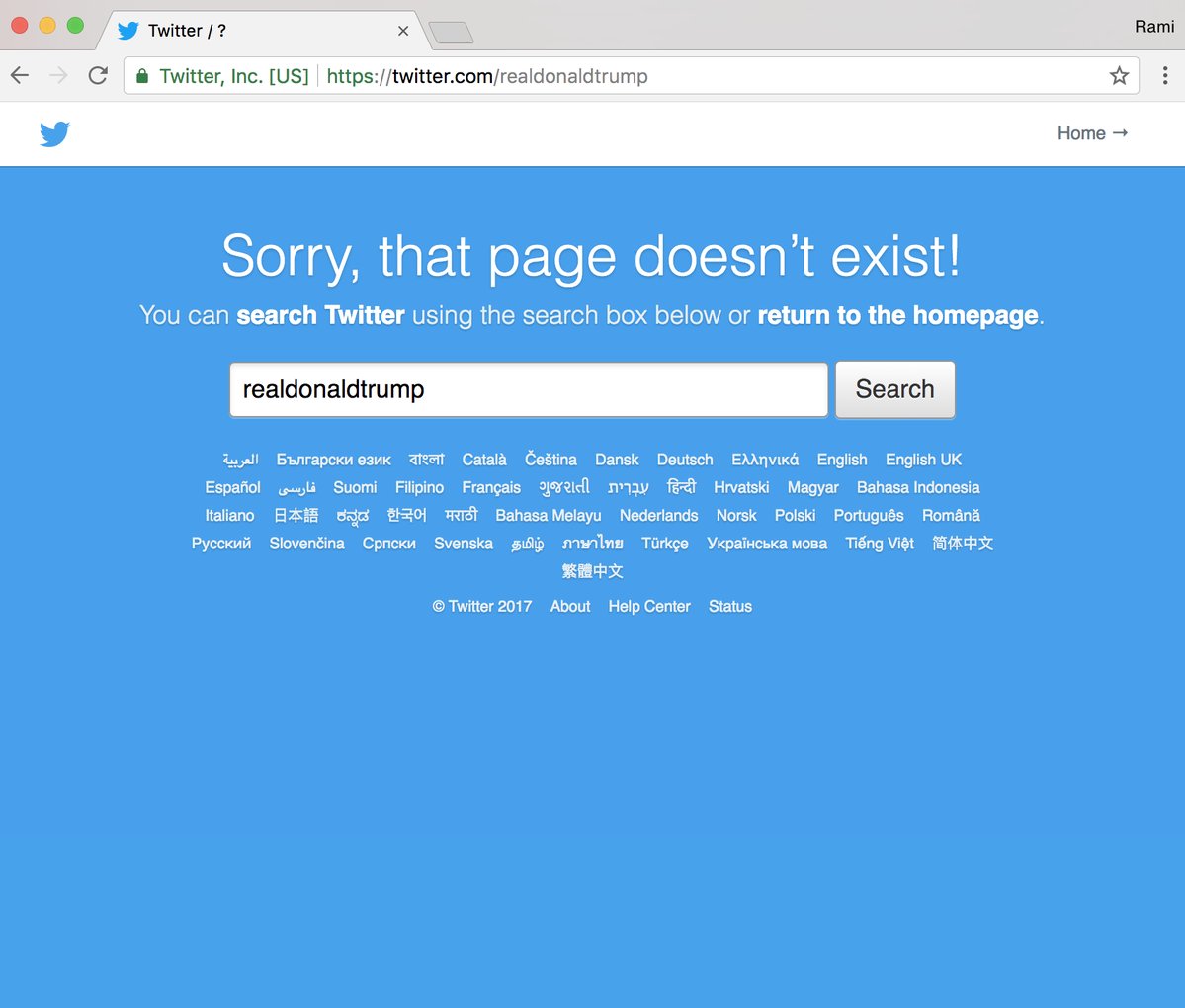 On their last day at Twitter, an outgoing employee shut down Donald Trump's account. It was dead for a few minutes, the internet exploding in shock and vain hope. Then someone restored it.

Through our investigation we have learned that this was done by a Twitter customer support employee who did this on the employee’s last day. We are conducting a full internal review. https://t.co/mlarOgiaRF

The few, whose understanding of free speech is limited to a formless, angry entitlement to the accounts they are given on privately-owned media company websites, think Trump was censored.

The many know a hero when they see one.