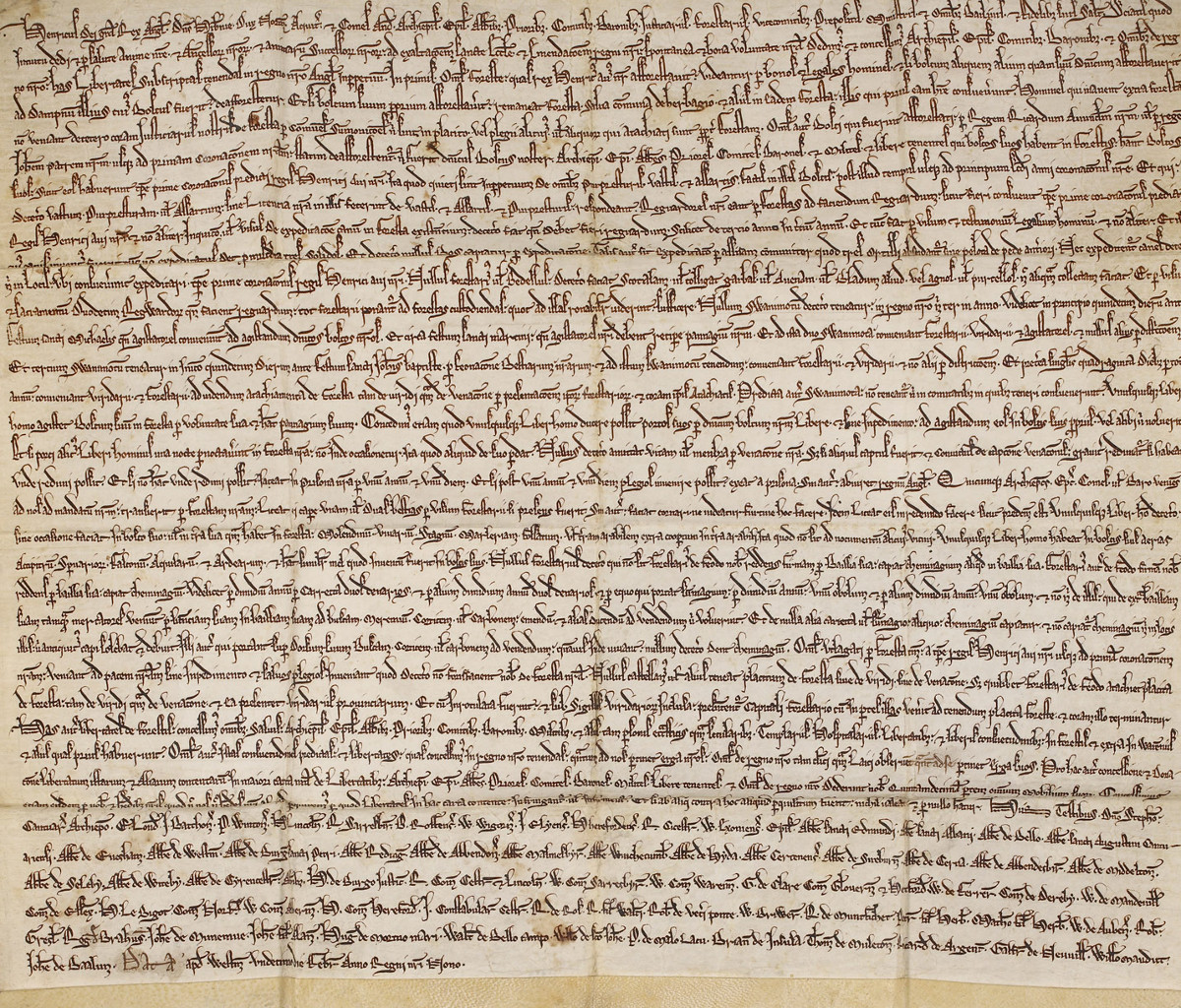 800 years ago today, on Nov 6, 1217, the Charter of the Forest was sealed by King Henry III, making it "the first environmental charter forced on any government" in which were asserted "the rights of the property-less, of the commoners, and of the commons."

For more than 700 years, the Charter was read aloud four times a year in every Church in England. The Charter -- which was signed alongside a lesser document that eventually became the Magna Carta -- stood until 1971, when it was finally abolished by a UK Conservative government.

According to the American Bar Association, the Charter was the basis for the US Constitution, a document concerned with the "economic rights of the property-less, limiting private property rights and rolling back the enclosure of land, returning vast expanses to the commons."

The Charter should be regarded as one of the most radical in our history, since it asserted the right of commoners to obtain raw materials and the means of production, and gave specific meaning to the right to work.

...Despite having endured centuries of abuse, the ethos of the Charter is still alive. But one feature of the neo-liberal economic paradigm that has shaped recent governments is a disregard for the commons, which the current British government has turned into a plunder under cover of the ‘austerity’ terminology. In the USA, the Trump administration has quietly prepared for the giveaway of millions of acres of federal commons.

For neo-liberals, the commons have no price, and therefore no value. So, they can be sold for windfall gains, or given away to their backers. By asserting the right to subsistence on the commons, the Charter recognised an alternative principle, something our ancestors defended with courage. We must do so now. We must resist the plunder of the commons and revive them.