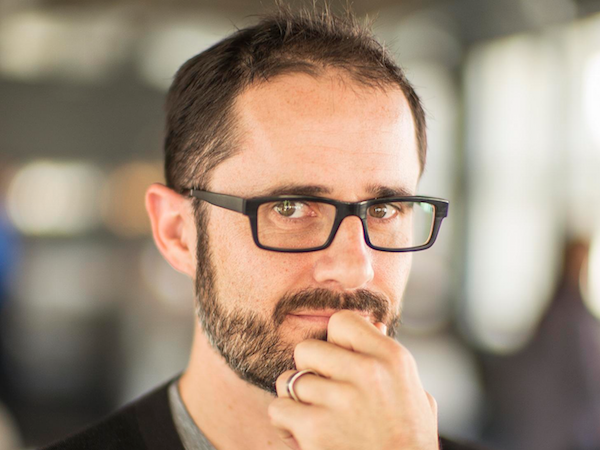 As I say at the start of our interview, Ev has founded an almost unreasonably long list of companies - and the three listed above each had huge impacts on the Internet, and on digital culture.

A remarkably coherent theme connects these companies - as well as a fourth one, which didn’t really get off the ground. Each has brought people a global platform for spreading thoughts, opinions and more. Ranging from the succinct and casual chirps of Twitter, to the long-form, Spartan pages of Medium. All are discussed in our conversation, which you can hear by searching “After On” in your favorite podcast app, or by clicking right here:

One of the Internet’s great early promises was the radical democratization of communication through digital tools. And that’s a promise it has largely delivered on, with significant help from Ev’s products. But Ev didn’t come to his life’s work as an idealist with a cogent vision, but rather as an entrepreneur testing out his umpteenth product idea. The one that finally caught on happened to be in this realm. It was blogger.com, which Ev described to me in a prior conversation as “a hunch, which turned into a side project, which turned into the real thing.”

That Real Thing was - basically - the very phenomenon of blogging. Which Ev’s side project popularized, helped shape, and arguably even named. A few years later, Ev and a new crew of co-founders kind of half stumbled upon Twitter’s revolutionary model as well.

But there was nothing inadvertent about Medium, which had as coherent a founding vision as any startup I’ve known. One it remains intensely loyal to. When he launched it five years ago, Ev described Medium as “a beautiful space for reading or writing - and little else.” Those words still fit. As do idealistic goals that Ev also enunciated on launch day, like creating a more informed citizenry, and increasing depth of understanding.

Folks as prominent as presidents and anonymous as the stranger down the street publish 100,000 posts each week on Medium - virtually all of them far longer and deeper than Twitter’s 140-character blasts (and yes - more than the new 280 character blasts as well). Medium posts appear not on disconnected blogs, but in a networked hive of writing, whose algorithms seek to surface the most personally-relevant articles to its tens of millions of readers.

Like Chris Anderson of TED, who was my guest last week, Ev has spent many hours reflecting on the dire state of discourse online, and how to elevate it. But he’s not running a not-for-profit. Indeed, Medium recently started pursuing a model which could be as huge and disruptive within its domain as Netflix has been to TV and film, or as Uber and Lyft have been to transportation-on-demand. That statement may be surprising, even to careful observers of Medium - and I’m not even sure if Ev himself would make it.

But for now, Medium has a long way to go to deliver on Ev’s goals, and its first half-decade has not been a perfectly smooth ride. The company has shifted its model more than once, and recently went through a significant layoff, which Ev describes as the hardest thing he’s ever intentionally done. But Medium has ample reserves in the bank. It’s nowhere near the brink - and as you’re about to learn, Ev has a decent track record for reviving companies that have actually pitched over the brink, and into the abyss beyond.

I don’t know anyone with a broader purview on the crazy range of medical developments that are vying to extend or radically improve our lives than Daniel Kraft. Daniel is a physician-scientist, an entrepreneur, and also a healthcare futurist. He founded and runs the annual Exponential Medicine conference, which is one of the largest truly […]