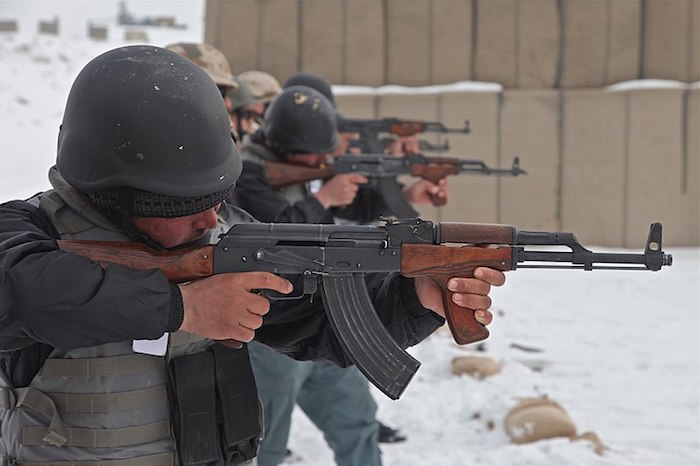 A nominee for Assistant Secretary of Defense for Health Affairs, a top Pentagon job, is risking the job he doesn't quite yet have. Dr. Dean Winslow said in his confirmation hearing that it's "insane" to allow civilians to buy semiautomatic assault weapons.

“I’d also like to, and I may get in trouble with other members of the committee, just say how insane it is that in the United States of America a civilian can go out and buy a semiautomatic assault rifle like an AR-15,” he told the Senate Armed Services Committee today.

He first mentioned the Air Force’s failure to alert federal authorities that Kelley was convicted of a crime, which might’ve barred him from purchasing the military-style rifle he used to kill 26 people at a church on Sunday. Had the Air Force done so, authorities would have entered his conviction into a federal database that arms dealers must check when someone tries to purchase a gun. And had that information been in the database, Kelley might not have been able to acquire weapons...

Usually a nominee for a post such as an assistant secretary at the Pentagon chooses to stick closely to the opinions of the commander-in-chief so as not to lose the nomination. It’s safe to say that Winslow didn’t play it safe.

It might not be safe, but it sure is refreshing – and admirable – when a politician isn't afraid to say what's really on their mind.