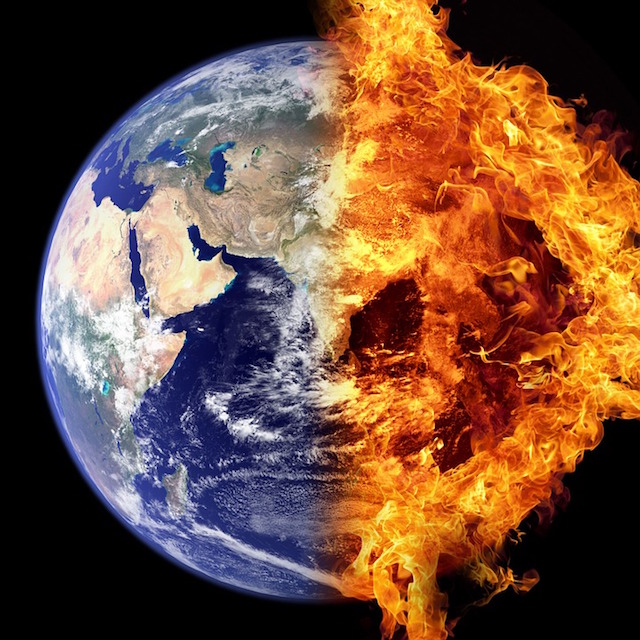 The United States is en route to be the only country in the world to ignore the benefits of the Paris Climate accord, should the Trump administration's plan to withdraw from the the deal go into effect.

Even while in the midst of a bloody civil war, Syria announced at an international climate summit in Bonn, Germany on Tuesday that it was ready to join the global agreement to limit carbon emissions, according to the Washington Post.

“As if it wasn’t already crystal clear, every single other country in the world is moving forward together to tackle the climate crisis, while Donald Trump has isolated the United States on the world stage in an embarrassing and dangerous position,” Michael Brune, executive director of the Sierra Club, said in a statement published by the Washington Post.

President Trump pulled out of the 2015 accord in June claiming it was unfair to American workers, although the withdrawal can’t be completed until the end of Trump’s term due to the deal’s framework.

Even as some may consider the accord weak – considering countries set their own targets for reducing greenhouse gas emissions and face no penalties for not reaching those goals — it still embodies a global acknowledgment of climate change and the need to combat it.

According to news reports and people who were present Tuesday, the Syrian delegation to the talks announced the war-torn country’s intention to ratify the Paris agreement. Separately, according to the Syrian Arab News Agency, lawmakers in Damascus last month “approved a draft law on ratifying Syria’s accession to the Paris Climate Agreement.”

The move comes after the only other holdout, Nicaragua, announced plans to join the Paris agreement in September. Nicaragua initially had refused to join the agreement in 2015 because its leaders felt the accord did not go far enough in compelling nations to reduce their carbon emissions. But in joining the deal this fall, the country’s president noted that it is the “only instrument we have” to unite the world around the goal of staving off the most catastrophic effects of global warming.

Starring the lot of GOP 2016 contenders, Hillary adds a bit of entertainment to her campaign with this parody of climate change deniers in the form of a classic monster movie.