Suspect farts himself out of police investigation 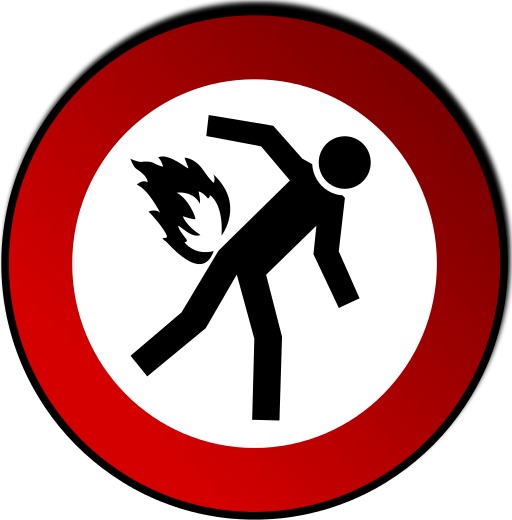 Here’s a way to avoid a police investigation: fart till the officer becomes so disgusted with you that he or she has to walk away from the interrogation. It worked temporarily for a 24-year-old Kansas City man when he relieved himself of gas to the point that the detective investigating the drug and stolen gun accusations was forced to end the interview, according to The Kansas City Star.

The detective wrote in a report that Sean A. Sykes Jr. leaned on his chair and released a “loud fart” when questioned about his address. The gas continued to be released.

Sykes was pulled over by police almost a month later and officially charged. However, none of the charges stem from bioterrorism.

Sean A. Sykes Jr., is charged in U.S. District Court possession with intent to sell cocaine and being a felon in possession of three firearms, two of which were reported stolen.

Now, here’s some wallpaper that is meant to get your attention. Tom Maryniak’s “Farting Victorians” depicts flatulating turn-of-the-20th-century men, women, and critters, a digitization of a linoleum block he hand-carved. You can get rolls of it for £125.00 each at his website. A wallpaper for the loo, showing dogs, fish, cats, birds and people passing […]

Freshwater mussels? Goats? Wombats? If you’ve ever wondered whether a particular animal farts or not, hie thee to the #DoesItFart database. It’s not some weird, fake meme thing, by the way; this database is maintained by actual scientists who have, like, real scientific degrees and do science stuff all day long. What happened was that […]