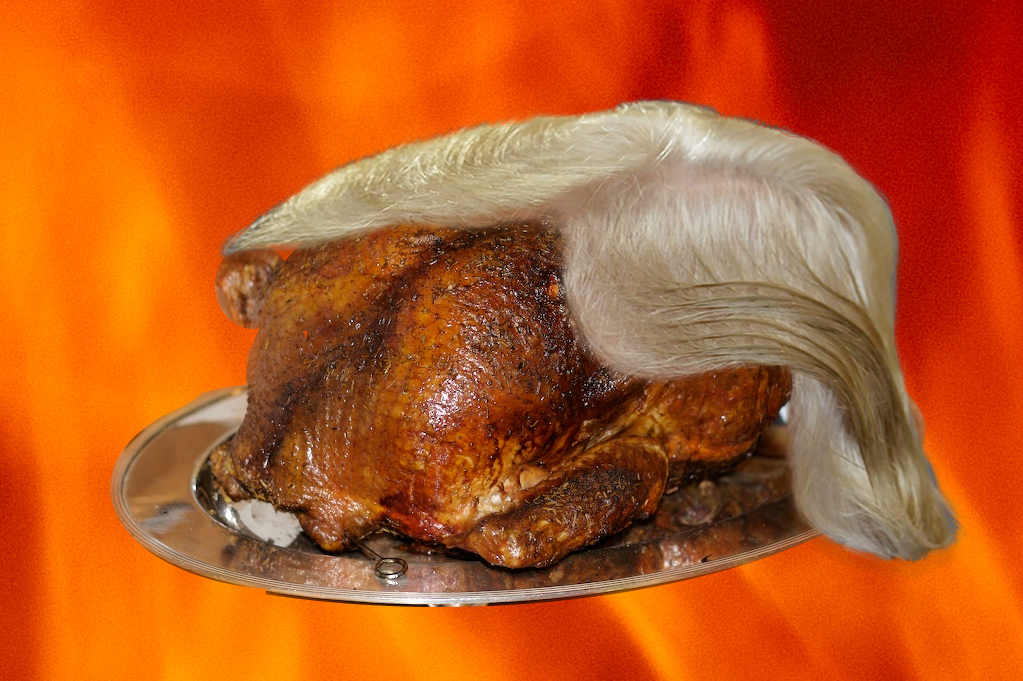 A pair of economists analyzed data aggregated from smartphone tracking apps to see how long Americans spent at Thanksgiving dinner and how far they traveled to get there, and compared it to precinct-level voting data and data on the intensity of election advertising spending targeted to the subjects, and concluded that "Cell-tracking shows that mixed-party families had shorter 2016 Thanksgivings, an effect exacerbated by political advertising."

It's a two-year study, and the effect intensifies dramatically for 2016 when compared to 2015.

This study analyzes how political differences affected 2016 Thanksgiving dinners through the merging of two novel datasets. A unique collection of smartphone location-tracking data from more than ten million Americans allows observation of actual (not self-reported) movement behavior, at extremely precise spatial and temporal levels. We combined this with a database of the national precinct returns for the 2016 presidential election to impute individual political leanings at the finest spatial resolution legally possible. By comparing the partisan bend of an individual’s home location and where they attended Thanksgiving dinner, we can test the relationship between political disagreement and time expenditure.

To further isolate the particular effect of election-year political partisanship, we compare time spent at Thanksgiving in 2016 with the Thanksgiving of the year before. That comparison suggests that our measured effect really is the result of heightened political rhetoric, and not an artifact of politically-correlated demographic or spatial sorting. Finally, since political advertising polarizes opinions (12) and media coverage of polarization heightens dislike for opposing parties (13), we compare partisan rifts between families who live within a few miles of each other but on opposite sides of media-market boundaries, and find political advertising more than doubles our measured Thanksgiving effects.