Congressional Republican candor: everyone hates our tax plan except the CEOs we depend on for campaign millions 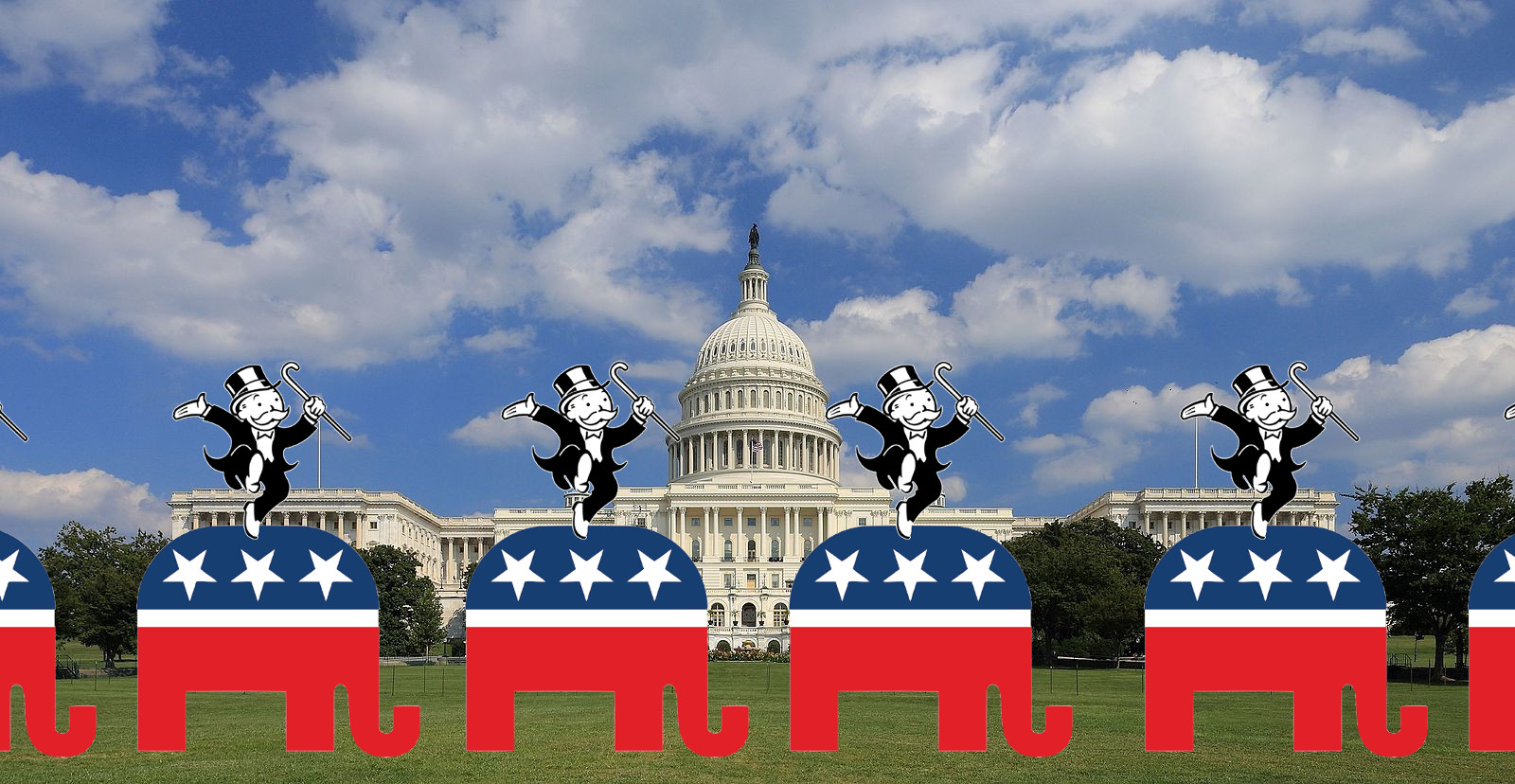 The Republican Party has done the impossible: they've produced an unpopular suite of tax cuts, by designing a system that lards more than a trillion dollars onto America's debt while raising taxes on disabled people, students, middle class households, people who hire veterans, and pharma companies that do basic research on horrific rare diseases.

The GOP's proposed tax plan even makes life harder for super-rich people who actively start and run businesses, while deeply cutting the taxes paid by super-rich people who derive their income from "passive" sources (eg sitting on the beach while your butler opens the checks your fund-manager sends you).

If the GOP succeeds in pushing through this plan, they'll face a drubbing that makes last week's elections look gentle, as Democrats parade dying children, debt-haunted students, laid-off people in wheelchairs, and jobless veterans in their campaign materials.

So why are they pushing for this bizarre plan? Well, Senator Lindsey Graham has the answer: "[If tax reform fails] the financial contributions will stop. My donors are basically saying, 'Get it done or don’t ever call me again.'"

Or, ask Trump economic advisor Gary Cohn: "The most excited group out there are big CEOs, about our tax plan."

All these savings will create deeply sympathetic victims who will be offering testimony in devastating political ads next year. And for their trouble, Republicans have scraped together barely any savings at all. They are raising taxes on nearly half the middle-class families in America, they are inflicting specific punishment on veterans, students, the disabled and very sick. And they still have no idea how to make the couple hundred billion dollars a year in lost revenue disappear after a decade is up.

For decades, economic-policy discussion in conservative circles has consisted of rote repetition of a cultlike mantra about the alleged miracle of the Reagan tax cuts, but there is nothing mystical about congressional Republicans’ motivations. Their donors seem especially intent on making Republican control of government count. If tax reform fails, Senator Lindsey Graham recently warned, “the financial contributions will stop.” Representative Chris Collins reported, “My donors are basically saying, ‘Get it done or don’t ever call me again.’ ”