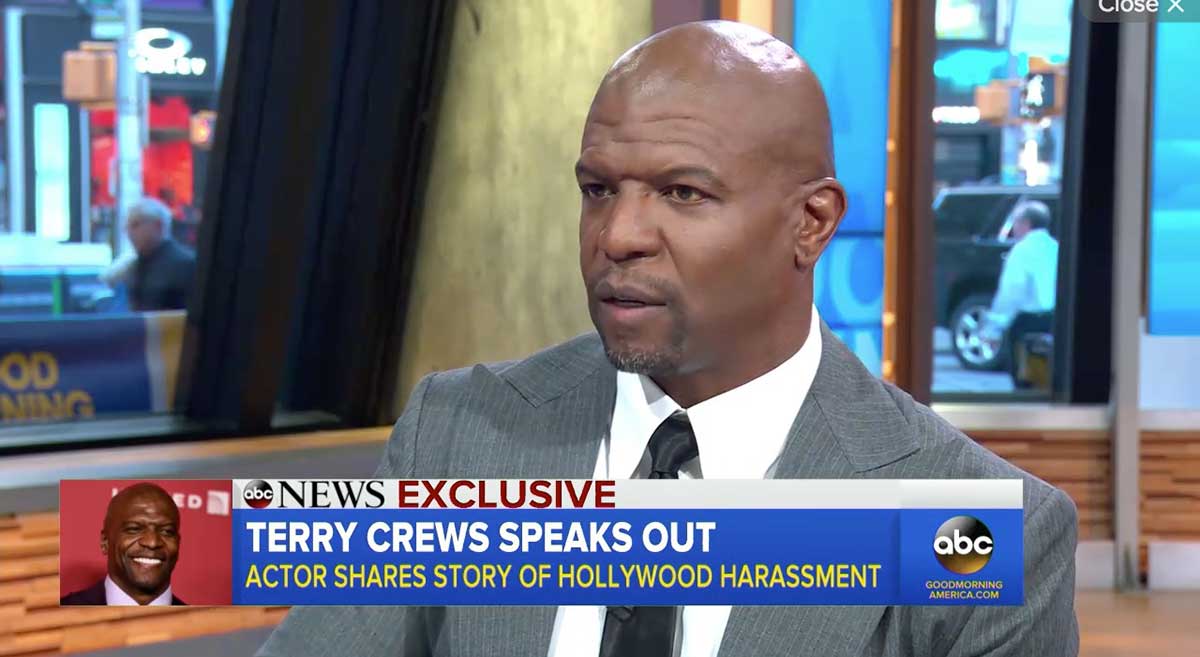 Actor and former pro football player Terry Crews went on Good Morning America to share the story of how he was assaulted at a party by Adam Venit, head of the Motion Picture Department at William Morris Endeavor.

Crews was with his wife, Rebecca King-Crews, at the party last year when he claims Venit began making tongue moves at him.

"I’m looking like, 'Is this a joke?' ... It was actually so bizarre," Crews said. "He comes over to me. I stick my hand out and he literally takes his hand and puts it and squeezes my genitals. I jump back like, ‘Hey, hey.’"

Crews claims he then pushed Venit away from him, causing Venit to bump into other partygoers.

"I have never felt more emasculated, more objectified. I was horrified," Crews said. "It’s so bizarre. I wake up every morning wondering, ‘Did this really happen?'"

Venit has been suspended from his job. I predict Venit will say he had a bad reaction to alcohol and medication and can't remember what he did and he's sorry but it's not his fault.