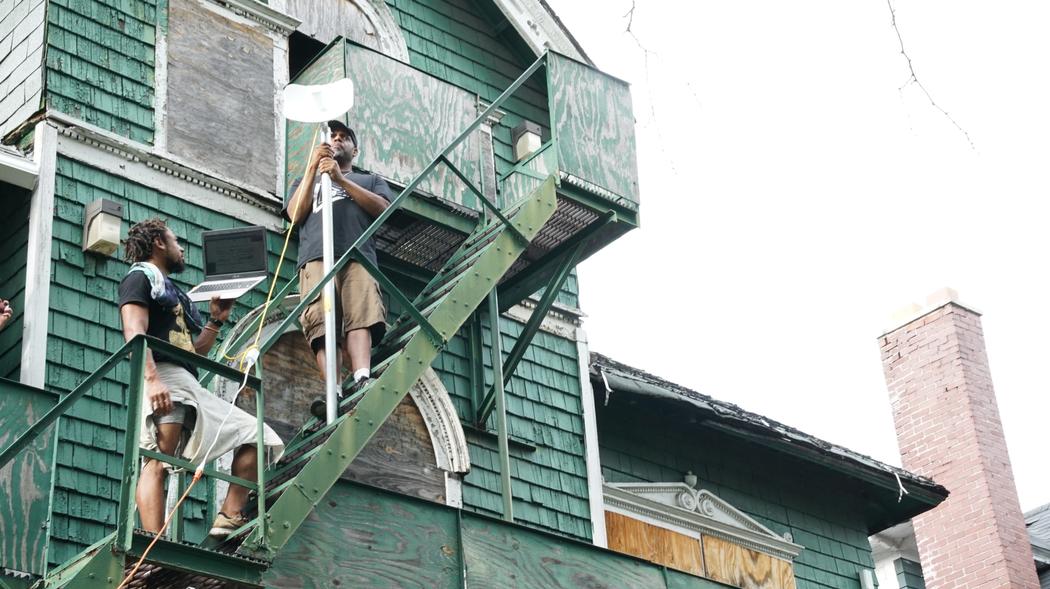 40% of Detroiters have no internet access. The Detroit Community Technology Project and similar projects across the city are skipping over the telcos altogether and wiring up their own mesh broadband networks, where gigabit connections are transmitted by line-of-site wireless across neighborhoods from the tops of tall buildings; it's called the Equitable Internet Initiative.

This is possible in part because of the ubiquitous abandoned dark fiber, which runs under the streets of Detroit, as it does across many US cities, unused and dormant. The project relies on "digital stewards" who undergo a 20-week training program that teaches them to pull fiber, configure routers, and install and service microwave antennas, as well as teaching their communities to use the services delivered over the internet.

Each local mesh is designed to wire together a neighborhood on an intranet that would continue to function even in the event of internet outages, providing a resilient hub for organizing responses to extreme weather, natural disasters, and other crises.

Residents who can’t afford internet, are on some kind of federal or city subsidy like food stamps, and students are prioritized for the Initiative, Nucera told me. The whole effort started last summer with enlisting digital stewards, locals from each neighborhood who were interested in working for the nonprofit coalition, doing everything from spreading the word, to teaching digital literacy, to installing routers and pulling fiber.

...In a city that is rebuilding after a decade of economic turmoil, the internet can no longer be a luxury for the wealthy. Detroit’s renaissance won’t happen without each of the city’s diverse communities having access to the basic tools of modern work, education, healthcare, and communication. All of Detroit (or, certainly, more than 60 percent) needs access to the internet and the current structure established by Big Telecom hasn’t made this an easy goal.

“Communication is a fundamental human right,” Nucera said. “This is digital justice.”