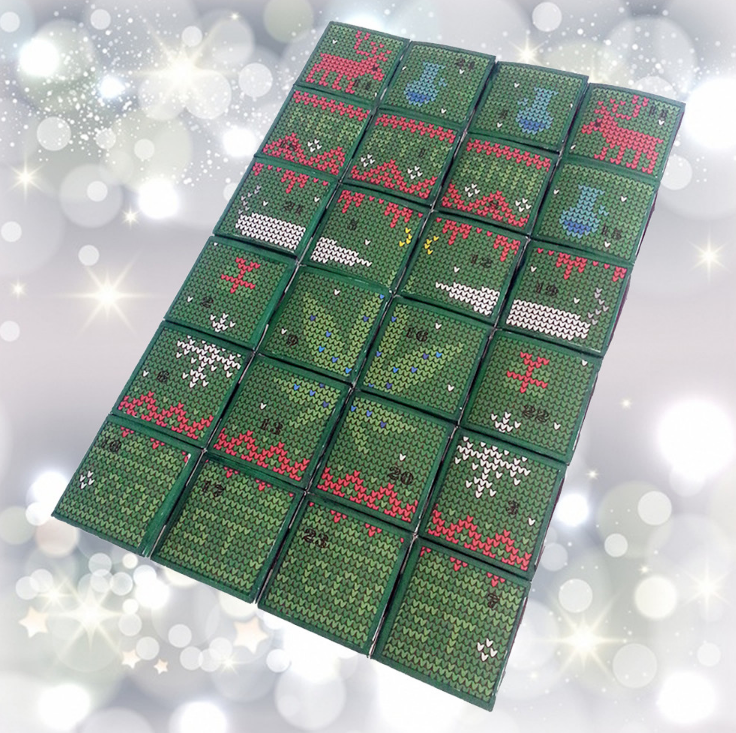 Over the years, we've seen many advent calendars geared for grown-ups. They're filled with things adults appreciate: booze, beer, and of course, Star Wars LEGO bricks.

Now it's weed's turn. To fill that niche, Coast to Coast Medicinals, a mail-order medical marijuana shop in Vancouver, Canada, has created a cannabis-filled advent calendar.

The product's description reads, "Twas the night before Christmas and all through the house everyone was smoking, even the mouse."

Their special countdown to Christmas calendar can be filled with 24 days of edibles, flowers, or a combination of both (the current top seller).

Coast to Coast's owner Lorilee Fedler shared with Boing Boing that they're anticipating selling out. She writes, "We are selling them so fast that we might have to cut sales off if we can't find more boxes."

As for the inspiration behind it, Fedler explains, "We loved the booze calendar and thought, 'Why not do a weed one?' Something fun for adults."

For those of you who are dreaming of a green Christmas, the calendar is available to pre-order until November 20 (to ensure December 1 delivery), in Canada only. Prices range from C$200 to C$230. For comparison, a gram of the shop's flowers cost between C$9 to C$13 and the flower-only box contains a full 26 grams.