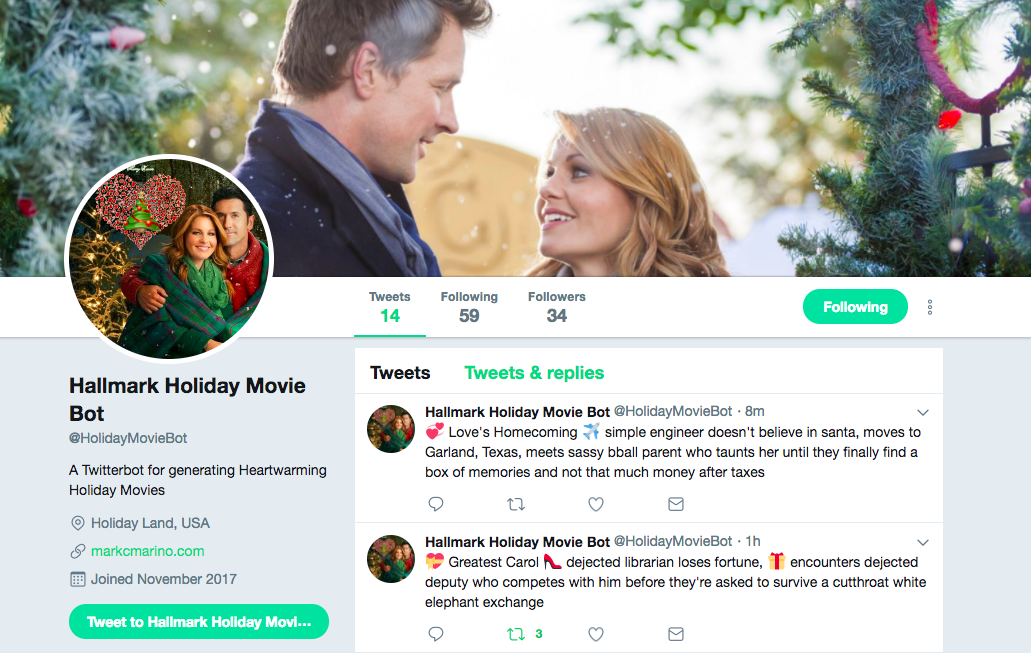 Mark writes, "Nothing marks the holidays like the predictability of a formulaic chestnut featuring '90s stars, magical religious holidays, SFW romance, good hair, and reliable stable camera work. For all those who need a bit more than TV can deliver, my kids and I created the Hallmark Holiday Movie Bot, which generates one feel-good Chrismukkah hit after another for your seasonal celebration!"