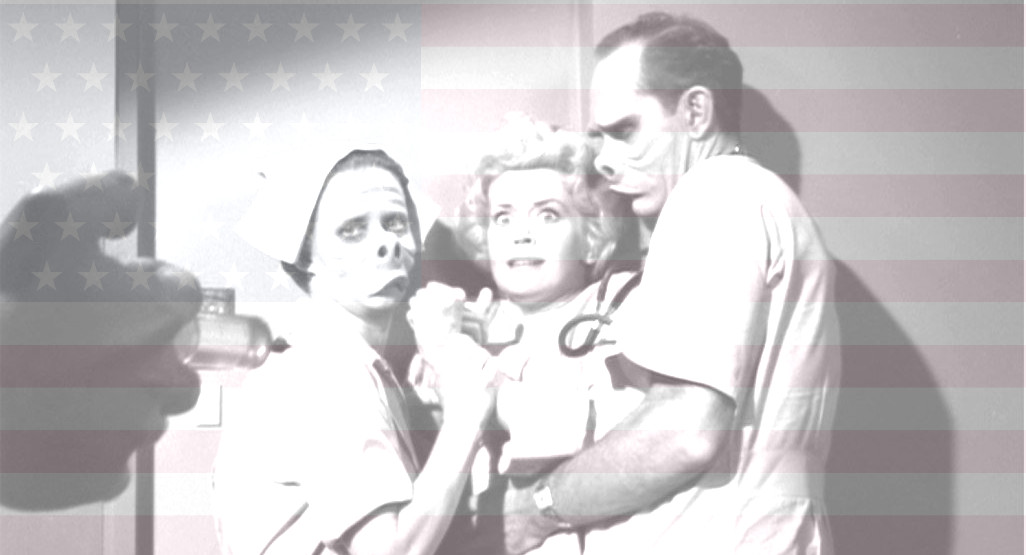 To hear America's fearmongering private health-care shills describe it, socialized medicine is a kind of Soviet death march, where rationed care and long waits are imposed on all and sundry; but if that state of affairs sounds familiar, it's because of how neatly it describes America's dysfunctional private care system, where you need to change doctors every time you change employers, where your care is denied and your prescriptions are deemed unnecessary by faceless insurance-company bureaucrats, and where three quarters of your family doctor's overheads are dedicated to filling in insurance forms in triplicate and chasing payment in a kind of LARP of Terry Gilliam's Brazil or a Stalinist hospital in deepest Siberia.

Meanwhile, our global cousins in the developed world enjoy luxury medicine. The French system, which spends virtually nothing on paperwork, allows anyone to walk into any facility in the country and receive care on the spot, or you can get a house call at any hour, night or day, anywhere, for €31 (the French spend less per capita on health care than the Americans -- as does everyone else in the developed world).

In the Netherlands, recent mothers get free, in-home postnatal nurses. In France, new mothers are given postnatal physiotherapy that reduces incontinence, improves future childbirths, as well as improving the mothers' sex lives. In Norway, expecting parents get home midwife visits and a cash allowance to spend on anything they deem necessary to improve their family's health.

Denmark, Germany, Holland, and Norway all offer paid leave to look after elderly relatives. The Czech Republic and Poland have publicly funded eldercare. Japan has extensive services -- including early home care -- to help pensioners live in their homes and communities for as long as possible.

Every one of these countries spends less per capita on health care than the USA, and they all have better health outcomes than America, because the efficient state -- and not rapacious corporations -- take care of the health of the people who live there.

“Politicians pushing a single-payer system will promise a utopia”; but if they get their way, Americans will see the “shambles that will remain of our healthcare system once the death spiral concludes its destructive path,” warns The Federalist, a right-wing publication.

And yet the US, with the most capitalist, market-driven health care system of any developed nation, can’t boast of France’s postnatal vaginal rehabilitation therapy, Japan’s state-of-the-art elderly care robots, or Germany’s government-subsidized spa vacations for a ten euro copay. And with our raging opioid crisis, shocking infant and maternal mortality rates, and incidences of death from treatable illness, the private insurance-based system is already caught in a death spiral.

Luxury socialism isn’t just a meme — it’s a working theory that holds that social care, among other things, isn’t a zero-sum game. Marx and Engels saw that a society divided by class and driven by the profit imperative produces an abundance of resources alongside an abundance of unmet needs. Socialism, if it’s about anything, is about matching our resources to our needs, to improve our collective quality of life. Socialized health insurance — and the comforts it provides — would be a pretty good start.