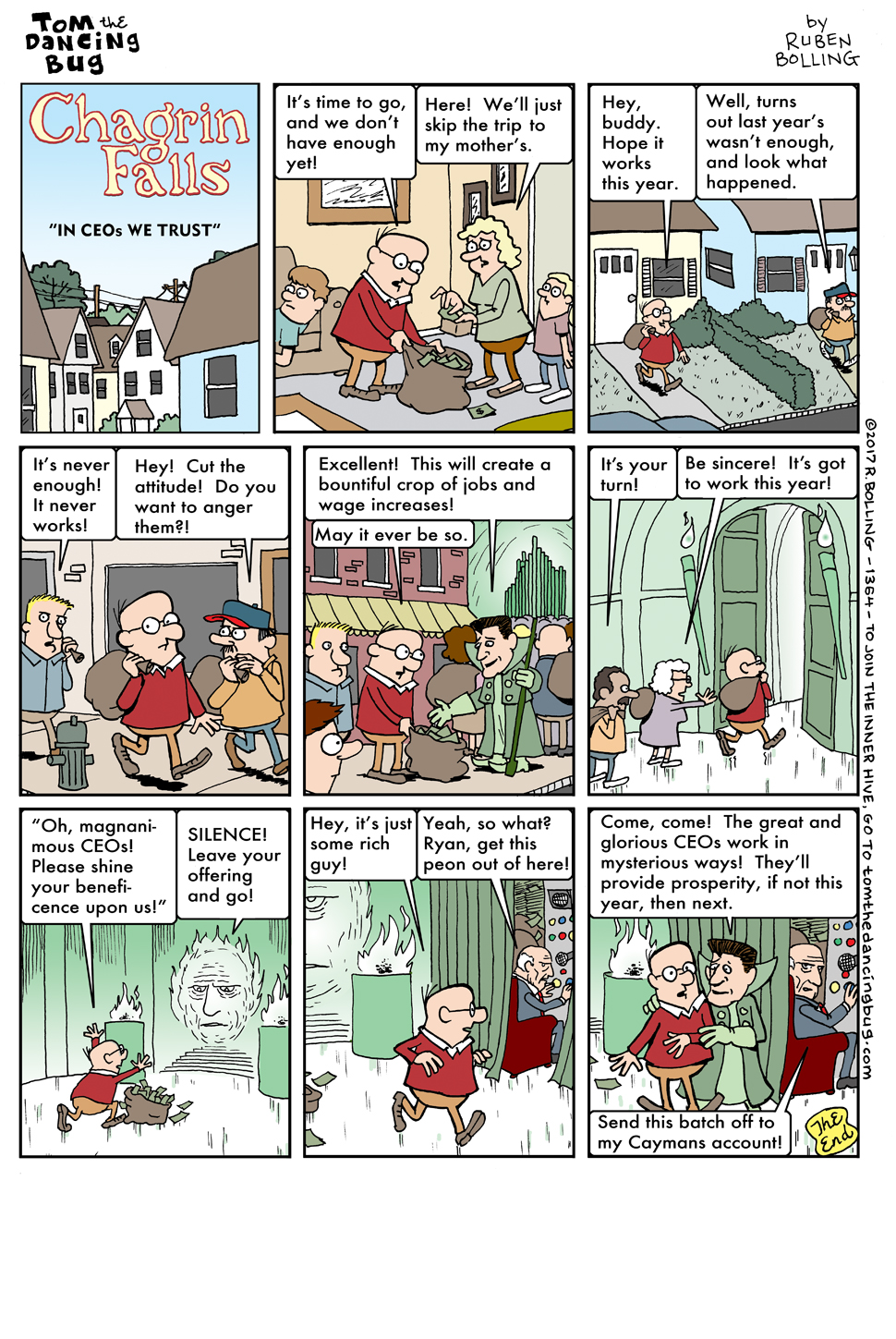 Tom the Dancing Bug, IN WHICH middle class tax increases are humbly offered so that the corporations can get tax cuts and provide prosperity to all, in Chagrin Falls, USA.

WE URGE YOU TO JOIN Tom the Dancing Bug's subscription club, the Proud & Mighty INNER HIVE, for exclusive early access to comics, extra comics, and Other Stuff. You can also now join through Patreon!