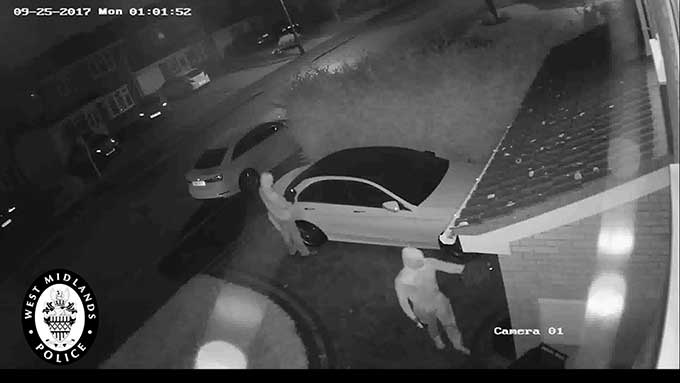 These thieves look like they know what they are doing. They are dressed head to toe in while coveralls and their faces appear to be obscured as well. They park their car in a suburban neighborhood and park next to a new Mercedes in a driveway. They calmly get out of their car and use a wireless device to get the Mercedes's key code from the fob inside the house. Then one of the men gets in the Mercedes and drives away. No broken glass, no alarms. Time elapsed - less than 60 seconds.