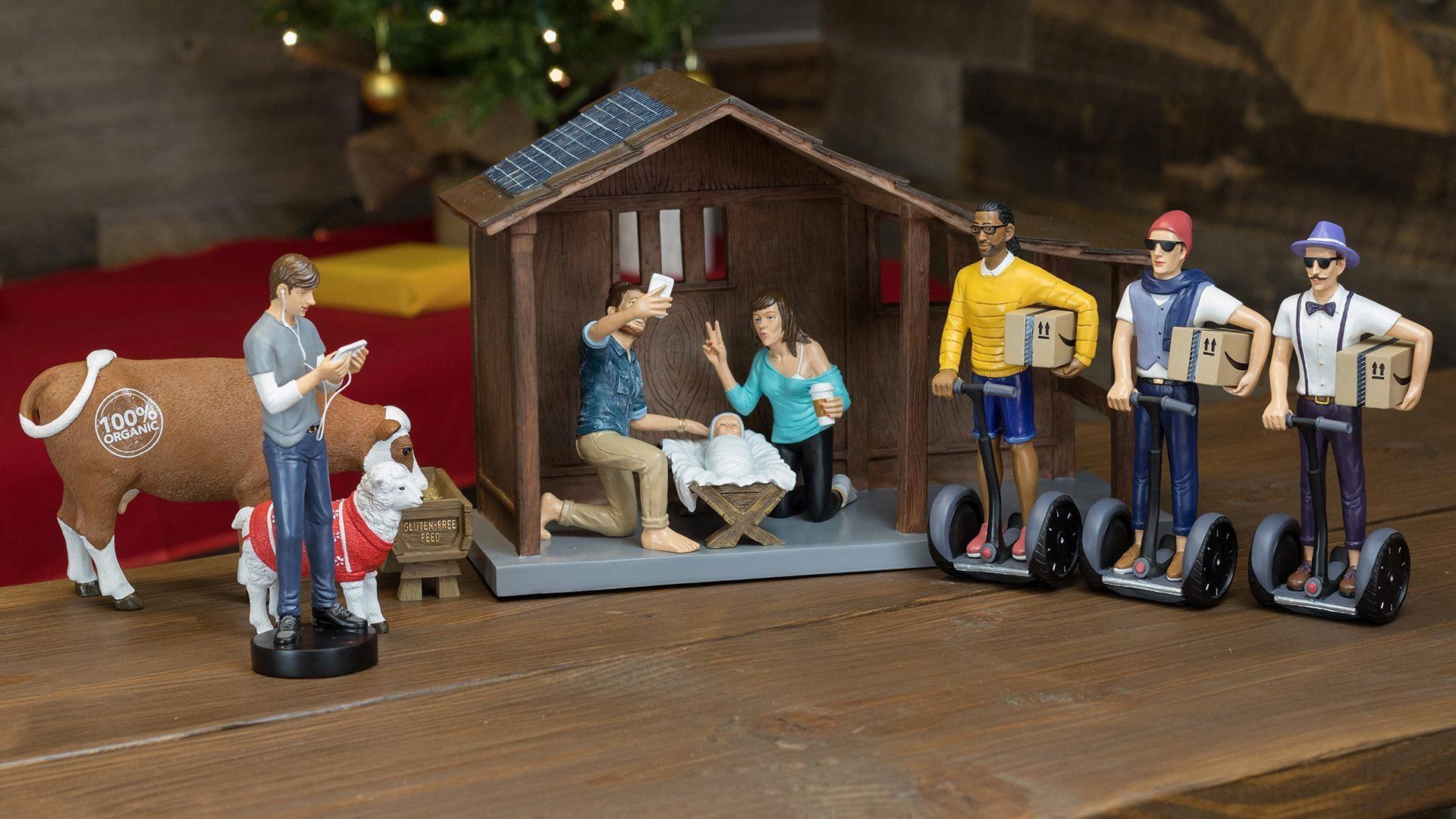 Look closely: the stable has a solar panel.

Sweet baby Jeebus, someone has made a Hipster Nativity Set.

"Joseph" (who has a man bun we can't see) taking a selfie with newborn "Jesus" and the Starbucks-drinking, duck-faced "Mary":

And, the teenage shepherd capturing the moment for social media:

Apparently this too-cool crèche came out last year and sold like gangbusters. It's available again this year and the price has come down. It's now $109.99.