Do not let the cat into the library 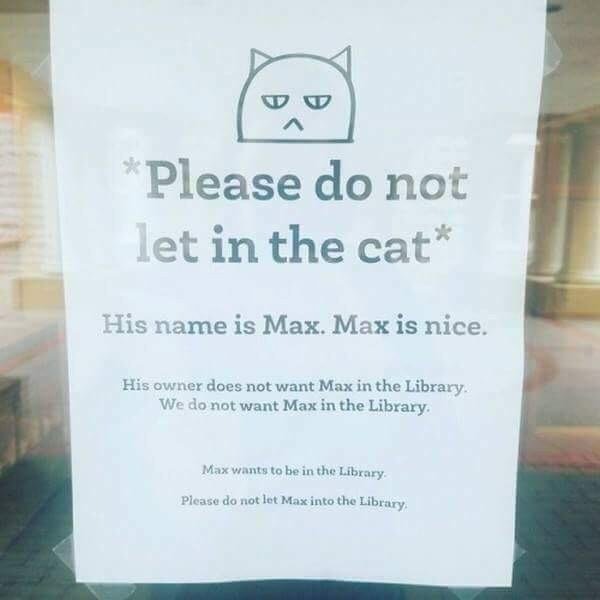 Max is the internet's new hero, and, mercifully, not a duck. That's not to say, though, that Max is not a problem for his humans.

"This is basically halfway to being a children's book," wrote McGuire, who is working on a graphic novel about young Harper Lee titled "Alabama Spitfire."

This is basically halfway to being a children's book pic.twitter.com/DjwUPHy9Wz