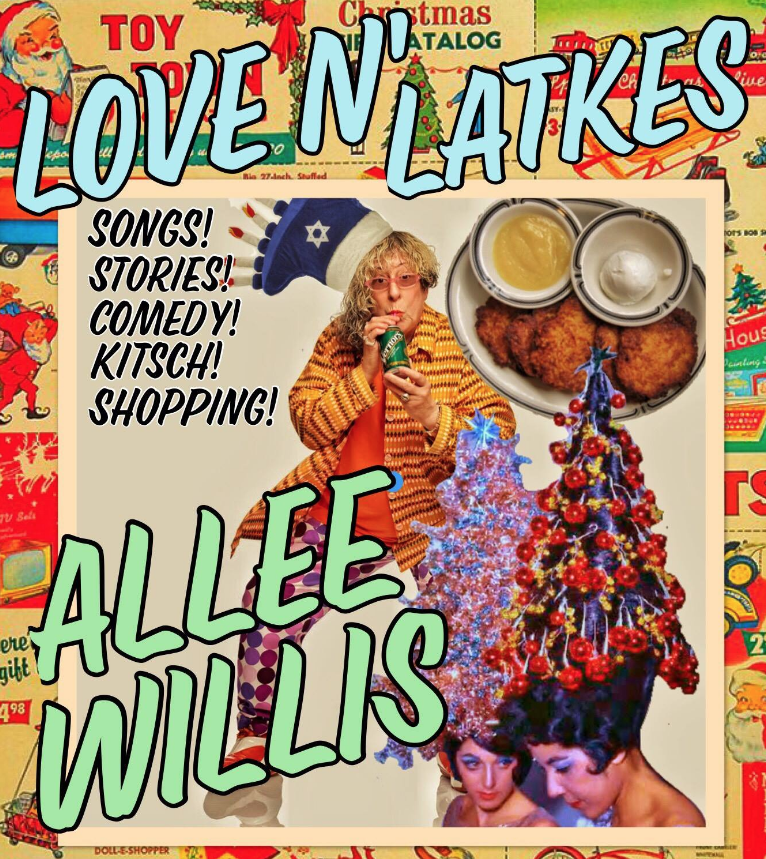 It is with great pleasure that I announce my craziest in-the-best-sense-of-the-word nuts live show yet! For 3 big nights - Nov. 30-Dec. 2 - the party rages on at Allee Willis’ Love ’N Latkes Chanukah Christmas Shopping (and Singing and Comedy) Extravaganza Show! An ALL NEW "one-woman + Andrae” party performance featuring hit songs (I was just nominated for the Songwriters Hall of Fame so you know they’re great hits!), sing-alongs, the least appropriate stories a songwriter could tell, and, oh yeah, not just an auction of supreme flea finds but the greatest early holiday gift shopping in the whole wide Kitsch world!!

That’s right! For the first time ever, I’ll be opening the vaults and auctioning off treasures from my own world-renowned personal Kitsch, Pop, and Soul collection!

Tickets to all three shows (Thursday 11/30, Friday 12/1, and Saturday 12/2) are available now. Her shows always sell out so, if you're thinking of going, grab tickets now.