Flynn flipped like a pancake, is singing like a canary, and it's 'very, very, very bad' for Trump 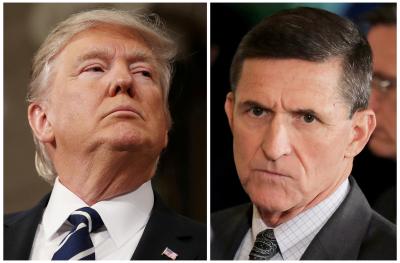 We don't know what's next in the election meddling probe, but the vice grip on Flynn is tight. Trump can't be comfortable, either. Nor, one imagines, is Jared Kushner, one of the 'senior officials' indicated in the legal filing released today.

As a source close to Trump said to reporters, the Flynn plea deal is 'very, very, very bad' for Donald Trump. Stock up on popcorn, 'cause it's about to get real as heck.

Mr. Flynn’s pre-inauguration discussions with Sergey I. Kislyak, the Russian ambassador, were part of a coordinated effort by aides running Mr. Trump’s transition into the White House to create foreign policy before they were in power, documents released as part of Mr. Flynn’s plea agreement show. Their efforts undermined the existing policy of President Barack Obama and flouted a warning from a senior Obama administration official to stop meddling in foreign affairs until after the inauguration.

Court documents do not disclose what Mr. Trump knew about Mr. Flynn’s discussions. But in at least one instance, federal prosecutors say, Mr. Flynn was directed by a “very senior member” of the presidential transition team. Mr. Trump’s lawyers believe that unnamed aide was Mr. Trump’s son-in-law and close adviser, Jared Kushner, according to a lawyer briefed on the matter.

The transition team was led by Vice President Mike Pence, and its top members included Mr. Kushner; Reince Priebus, Mr. Trump’s first chief of staff; and K.T. McFarland, who was Mr. Flynn’s deputy and was appointed to be the ambassador to Singapore. Mr. Flynn spoke to her about discussing sanctions against Russia with Mr. Kislyak, according to the lawyer.

Below, Trump and Flynn in happier days.