Spectacular photos of an active volcano in Bali 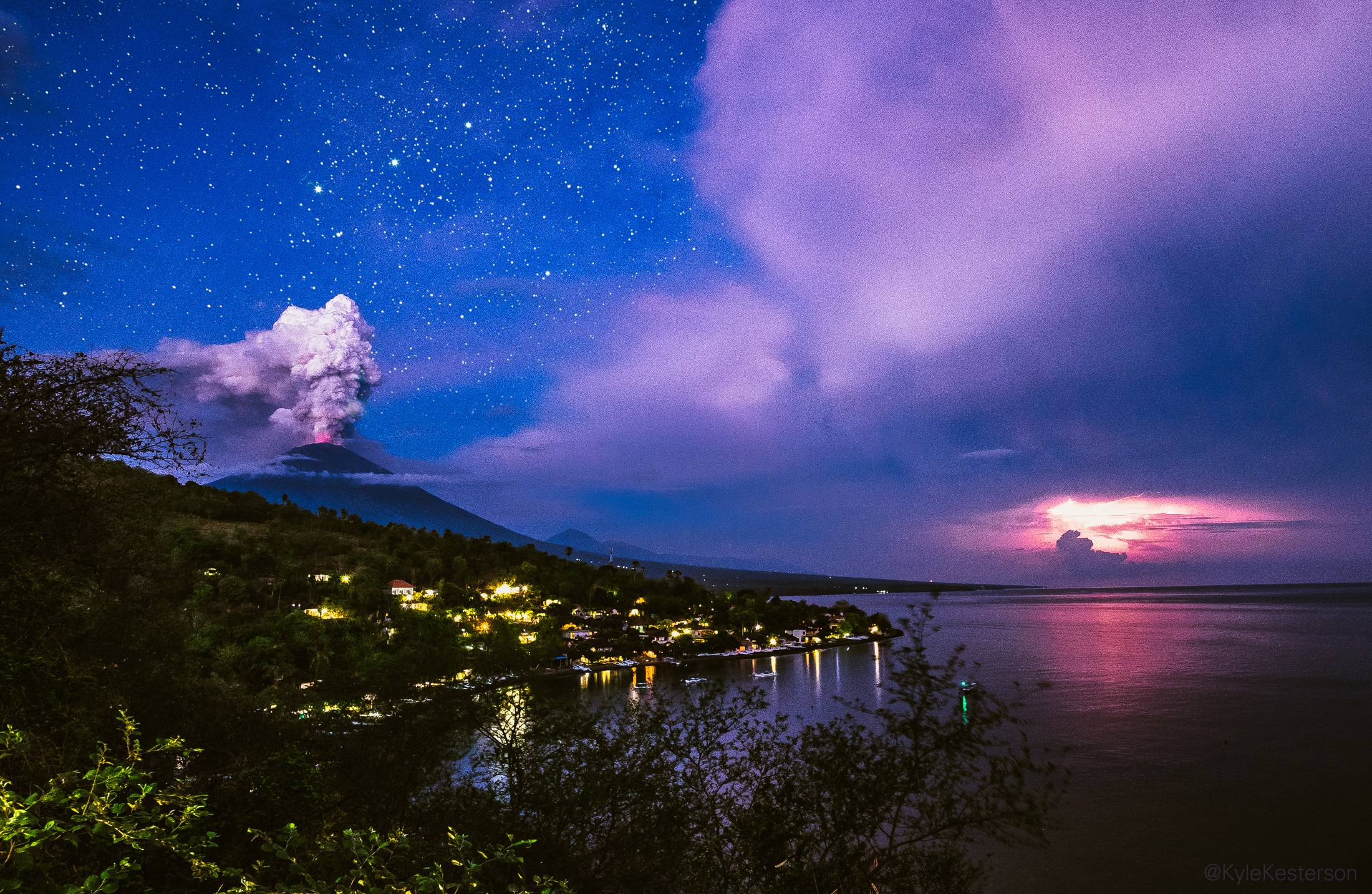 You may have heard that Mount Agung, an active volcano in the Indonesian island of Bali, started erupting Saturday.

It just so happens that my friend Kyle Kesterson is currently traveling there. He's staying in Ubud, about two hours away from the volcano.

On Wednesday, he shared his experience of getting to and witnessing the eruption, alongside some really stunning photos:

While I appreciate the concern for my safety as messages have been pouring in about Mt Agung’s current eruptions the last few days, FEAR is the common underlying theme.

Those who know me, know that even the slightest whiff of fear must be faced head on and transformed into excitement.

So at 2am, my fearless friend Valeria and I found a bold and curious taxi driver to drive us 2.5hrs in the direction of Mt. Agun, cameras in hand. As we pulled up around 4:30am, we saw the glow from the magma lighting up the slow billowing ash entering the atmosphere. Underneath it, our entire horizon was made up of the ghostly shape of this restless, commanding, all powerful giant.

We sat, stunned in the deepest sense of awe, underneath the clearest Milky Way and longest shooting stars I’ve ever witnessed.
Instantly, I was small. Weak. Absolutely nothing against the formidable nature of nature. Nothing, but a spectator and participant in this collision of living energy.

Fear would have kept me tucked warmly in my sheets with the illusion that I was safe to begin with. But stepping through it, with complete reverence and heightened to the situation and ready to act, I am forever changed and more alive.

Up until now, the news has been overly sensationalized with how they are reporting on Mt Agung’s activity. Life right at the base of the volcano was calm, people carrying on with their daily duties. No panic. No hysteria. It was surprisingly calm. However as of yesterday, rocks and debris have started to fall from the sky in the surrounding villages, starting to make the threat very real. Now people are starting to truly be displaced. There are a couple effective organizations helping with this process. Please join me in sharing a few dollars to help these people.