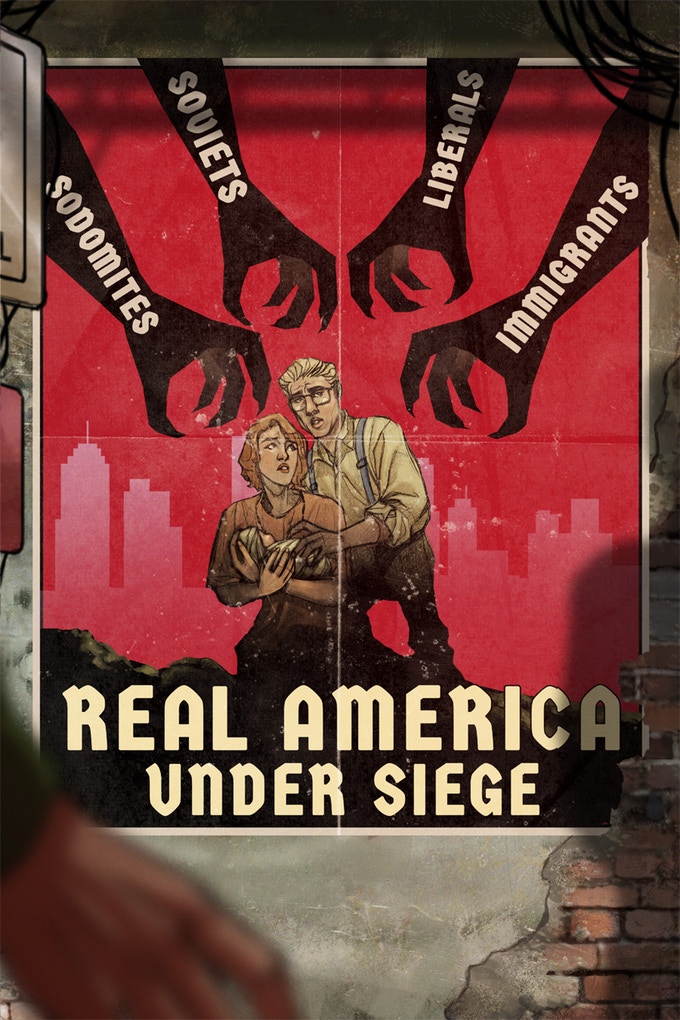 Game designer Chad Walker is crowdfunding his latest game: SIGMATA: This Signal Kills Fascists, shooting for USD10,000 in pre-orders to produce "a cyberpunk tabletop role-playing game about ethical insurgency against a fascist regime, taking place in a dystopian vision of 1980's America."

$16 gets you a PDF, $28 gets you a softcover rule-book; $37 gets you a hardcover. Walker has previously fulfilled his RPG kickstarters, making this a probable good bet for getting what you pay for.

SIGMATA takes place in alt-1986, before the Internet was a thing, and at a time when less than 10% of American homes possessed a computer system. The retro technology of the 1980s is full of constraints that make for exciting stories about Resistance organizing; from seeking a payphone in a dangerous rural environment, to smuggling floppy disks of mission critical data through Regime checkpoints, to infiltrating corporate facilities in order to access room-sized mainframes, to recording amateur VHS videos of Regime atrocities and playing them on public access cable channels. The Resistance must organize using payphones, dial-up modems, bulletin board systems (BBS), floppy disks, pirate radio broadcasts, photocopied zines, and word of mouth, all while avoiding Regime forces using technology, influence, and intimidation to hunt them down.

As a foil to SIGMATA's dark political vision, the game delivers a satirical take on 1980s media, fashion, pop culture, and consumerism, complete with all the embarrassing chic, uncritical jingoism, and style-over-substance cool we've come to expect from 1980s period pieces. Expect playful nods to the 80s film that inspired this setting, including Robocop, Red Dawn, Terminator, War Games, Escape from New York, and Videodrome, among others.