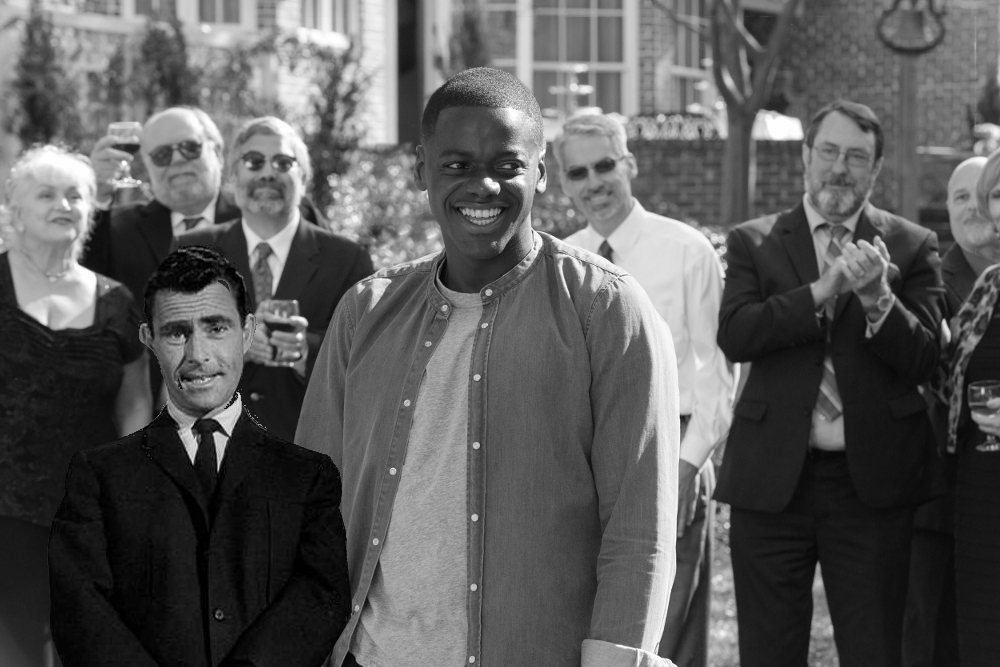 Jordan Peele -- whose 2017 surprise low-budget smash Get Out was one of the best movies I saw this year, is executive producing a Twilight Zone reboot for CBS.

Peele's work lives in much the same place, and he is perfectly poised to don Serling's mantle.

The show will be produced by CBS Television Studios, with Simon Kinberg, Marco Ramirez, Win Rosenfeld and Audrey Chon also executive producing. Peele, Kinberg and Ramirez will collaborage on the premiere episode. "Too many times this year it's felt we were living in a twilight zone, and I can't think of a better moment to reintroduce it to modern audiences," Peele said in a statement.