British road barriers, modeled on children, stare into you 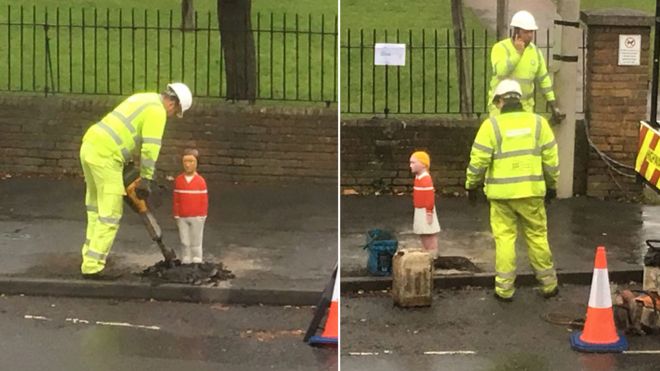 A town in Buckinghamshire, England, has repositioned road barriers made to look like children after a resident said they were too creepy. The toddler-sized safety posts were designed to be more attention-grabbing than the standard poles, and are.

There are eight of the child-shaped bollards outside four primary schools in Iver and Iver Heath.
Iver Parish Council said the bollards cost £5,395, excluding installation.
In September, local resident Jonny Baker said the bollards were "creepy and hideous".
"I look out of my window every morning and these are what I see. They're absolutely terrifying," he said.

Here's video of the bollards.