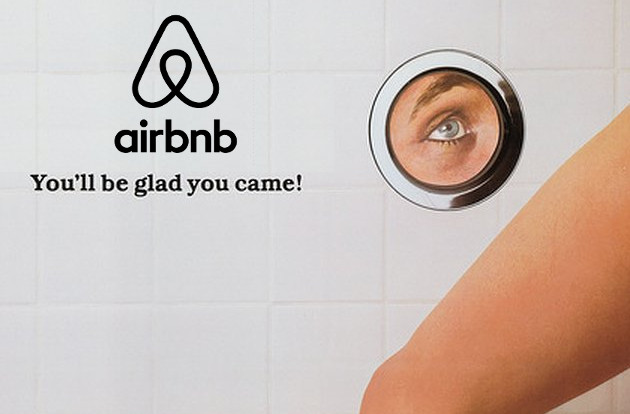 As the new Wired Guide to Digital Security points out, finding hidden cameras is really, really hard, so the fact that several Airbnb guests have discovered them suggests that there are a bunch more that have never been spotted.

Which is disturbing in so, so many ways, from the capture of images of incidental nudity (including nude children) to sensitive conversations.

The other accuser, a woman named Erin, recounted the tumultuous process she says she went through after discovering a hidden camera in the bedroom of an Airbnb in Houston, Texas, earlier this year.

After arriving at the rental and finding the camera, Erin texted friends about it but did not immediately report the matter to Airbnb. "I don't know what I was thinking, I was just so tired," she said.

Erin continued to stay at the Airbnb and encountered no problems, but within an hour of checking out she received a message saying the host had accused her of causing damage. The host said Erin had thrown a party, trashed the place, and also mentioned she had unplugged security cameras. "Because he reported me for damage they just treated it like I was trying to get out of paying," she said.

But the host's admission that there were security cameras in the property allowed Erin to push the matter further.

"I was like, 'Hello, he is saying he did what I was saying he did', and the customer service rep told me that I should 'respond professionally'," said Erin.