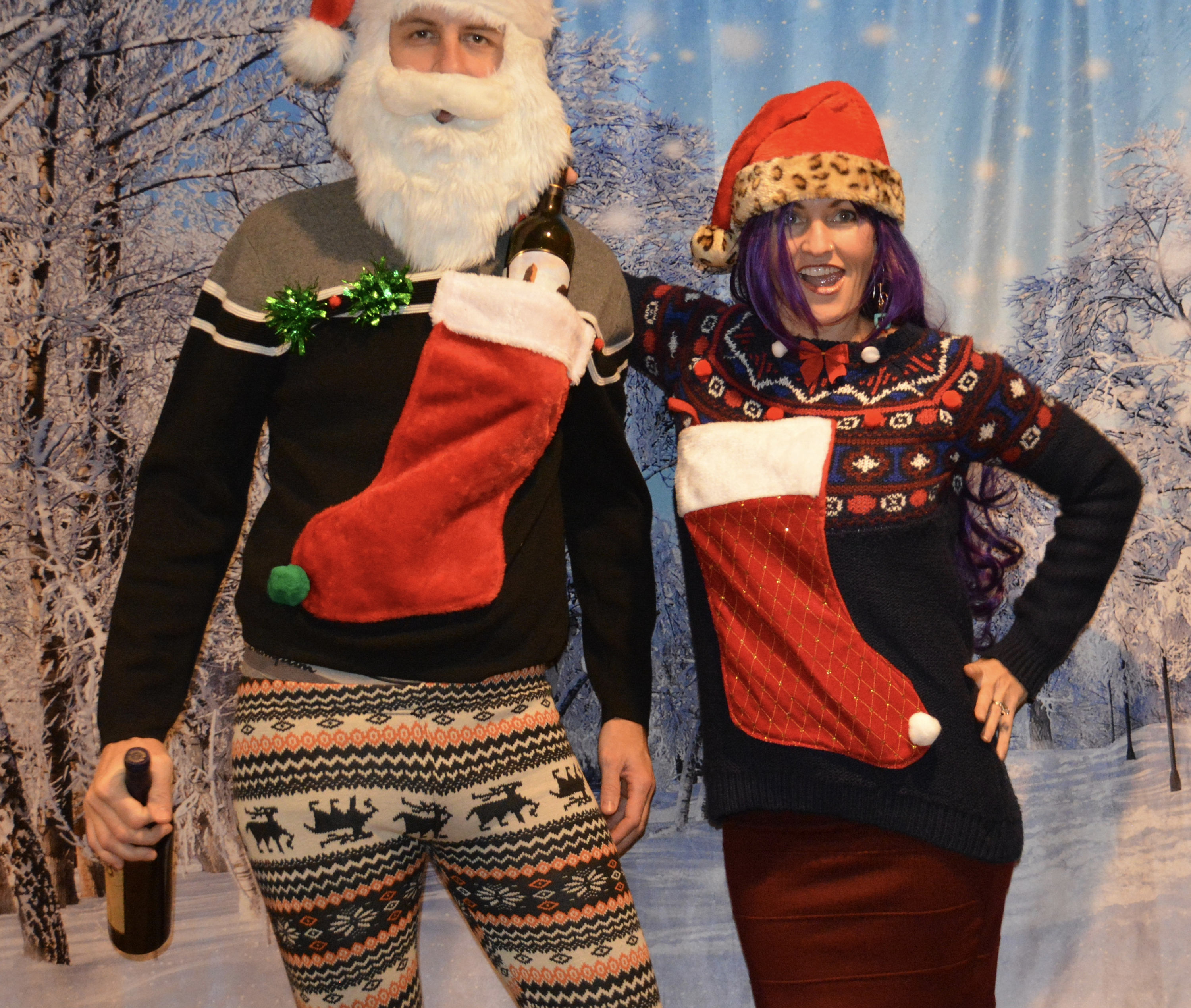 At this point, I can't tell if it's a race to the bottom or the top of the "ugly Christmas sweater" genre. Either way, there's a new contender.

An enterprising Etsy shop owner has created a line of one-of-a-kind holiday sweaters that allow you to get your drink on easily. By sewing a giant stocking on the front of some already-ugly sweaters, Berkleysbiz has made it possible for you to carry around an entire bottle of wine or liquor right on your chest. Happy holidays, indeed!

Pro tip: They suggest stuffing the bottom of the stocking with paper towels, so the bottle's top will peek over the stocking's edge.