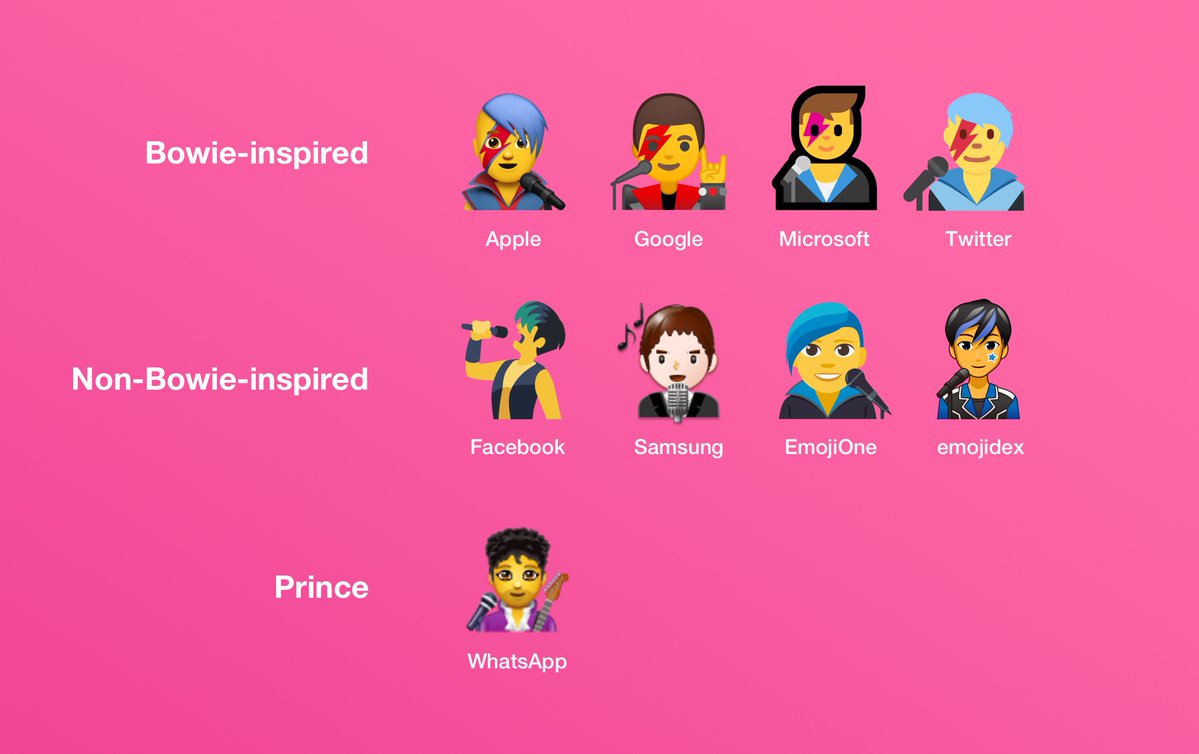 Facebook, Samsung and others use generic (or at least less identifiable) characters, because they are boring.

This musician plays emoji sounds with his guitar, and they're awesome

If emojis had sounds, David Lap nails them with his guitar. He “impersonates” all kinds of emojis, including a UFO, cruise ship, monkey, ping pong game, T-Rex, red heart, and many others. Here’s another one of his videos where he imitates musical instruments (e.g., flute, harmonica, bagpipes) with his violin. Amazing stuff!