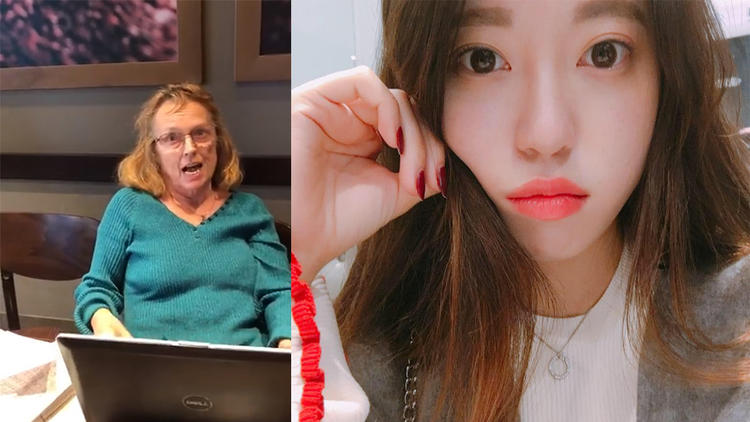 A woman was escorted by police out of the Walnut Creek, Cali., Starbucks after berating a Korean student there for speaking her own language.

the woman told her "This is America. Use English only" and "Your language is disgusting."

In the footage, an elderly woman working on a laptop can be heard telling An, "If you can sit and be quiet, fine, but I don't want to hear your language."

A Starbucks employee defends An's right to speak Korean within the establishment and nicely asks the woman to leave. Instead, she continues to berate An.

"You're going to be in trouble when I get this letter out," she said, tapping a single key on her computer. A bystander responds, "You're pressing numbers over and over again."

I keep thinking about her sitting there pretending to write a letter that will get the foreigner in trouble only for a bystander to note that "you're pressing ... numbers ... over and over again."