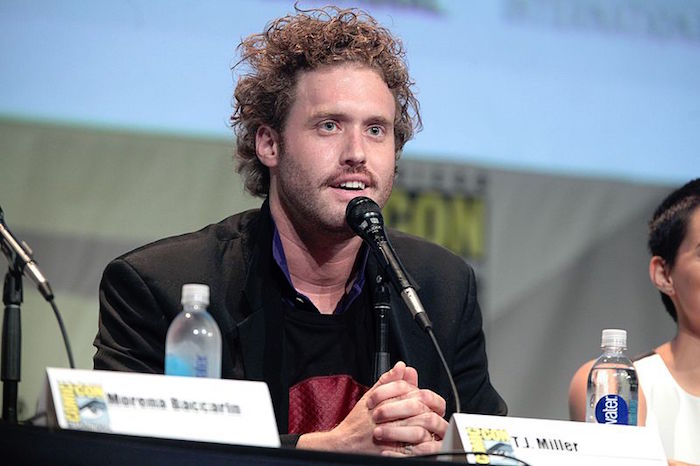 A woman has accused Silicon Valley star T.J. Miller of sexually assaulting, choking and punching her while they were both in college. She'd actually accused him after it happened and had brought it to a student court at George Washington University, but now she is accusing him publicly, giving the full story to The Daily Beast. She wishes to remain anonymous to avoid retribution, so The Daily Beast simply refers to her as "Sarah."

The story isn't new to everyone – some female comedians have refused to work with Miller throughout the years because they had heard about his alleged misconduct.

Sarah and Miller met in the same comedy troupe at George Washington, and started dating. One night, a couple of months into their relationship, they had "had a lot to drink," so Sarah's memory of that night is a bit spotty.

However, Sarah said she has a distinct memory that as they were “fooling around” at her place, Miller began “shaking me violently” and punched her in the mouth during sex.

Sarah said that she woke up the following morning with a fractured tooth and a bloodied lip. When she asked Miller about it that morning, he claimed, according to Sarah, that she had simply fallen down drunkenly the past evening.

Although she was "unsettled," she continued to see Miller.

They soon met at a college party, and left in a cab to head back to the apartment she had been renting with her roommates. When they arrived back at her home, they began to engage in consensual sex—but then Miller became violent again, Sarah said. She emphasized that she had not had more than two drinks that evening, and that her memory of the following “five-hour” ordeal was and is “crystal-clear.”

“We started to fool around, and very early in that, he put his hands around my throat and closed them, and I couldn’t breathe,” she recalled. “I was genuinely terrified and completely surprised. I understand now that this is for some people a kink, and I continue to believe it is [something] that should be entered into by consenting parties. But, as someone who had only begun having sexual encounters, like, about three months earlier, I had no awareness this was a kink, and I had certainly not entered into any agreement that I would be choked.

Sarah says she was choking loud enough for her neighbors to come rushing over to check on her. When they asked her if she was okay she said she didn't know, and that she'd talk to them in the morning.

“He pulled me back to bed and more things happened,” Sarah said. “He anally penetrated me without my consent, which I actually believe at that point I cried out, like, ‘No,’ and he didn’t continue to do that—but he also had a [beer] bottle with him the entire time. He used the bottle at one point to penetrate me without my consent.”

The Daily Beast has talked to one of the concerned neighbors from that night, who confirms the story. They've corroborated the details of the story with five "GW contemporaries" and other associates of both Sarah and Miller. But Miller denies the accusations, and has told The Daily Beast that he is the victim of the story.

Read the full details at The Daily Beast.