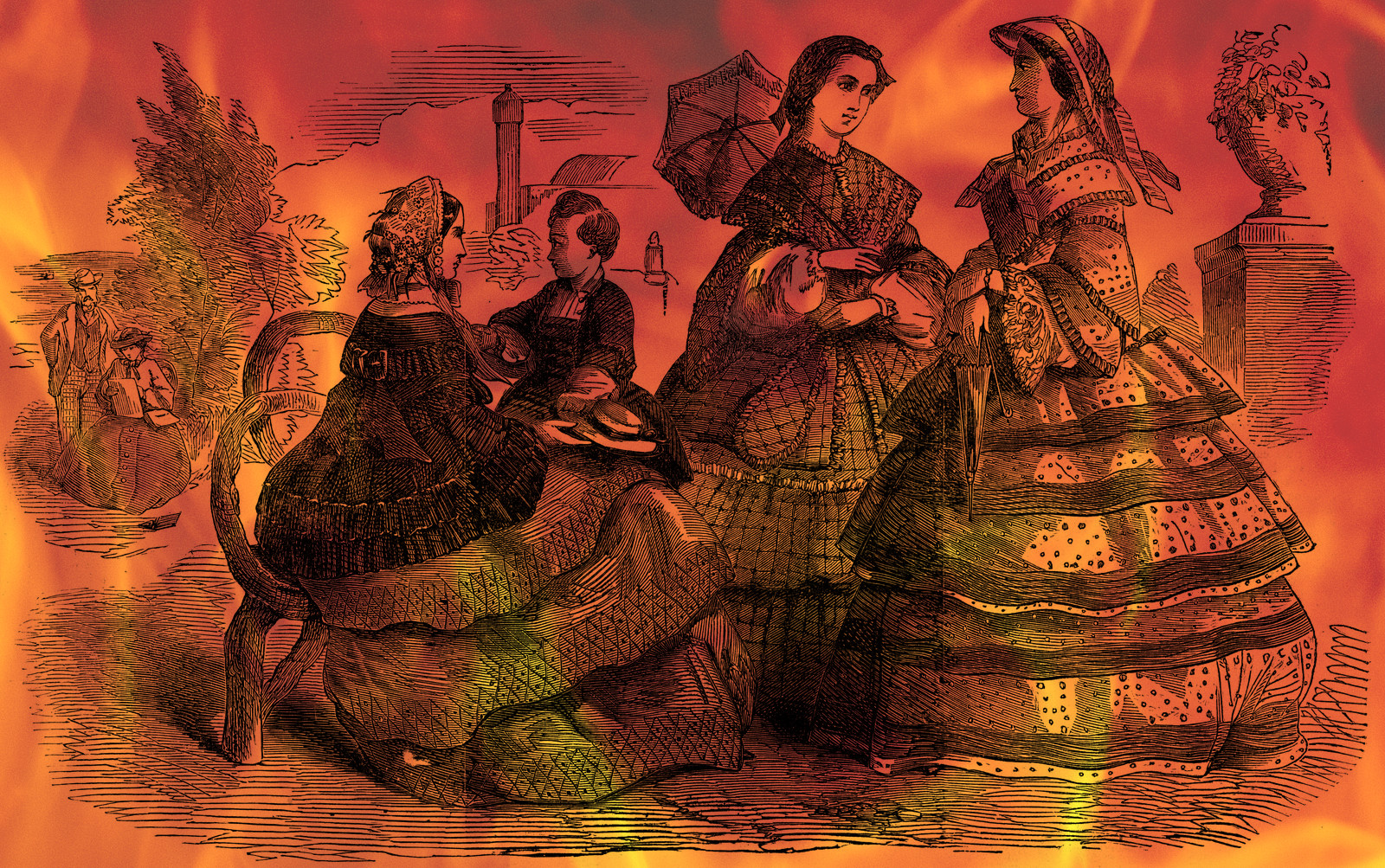 The mid-19th century vogue for flowing, diaphanous women's garments made from open-weave fabrics like "bobbinet, cotton muslin, gauze, and tarlatan," combined with gas lighting, candles, and open fires meant that it was extremely common for women to literally burst into flames: on stage, at parties, at home.

So flammable were these garments that when other women would rush to the aid of a blazing friend, they, too, would go up in flames.

The problem was exacerbated by the fact that the flame-retardant compounds of the day would cause these flowing, white garments to stiffen and yellow, meaning that many women rejected them.

Among the women who died this way was Archduchess Mathilde of Austria, who hid a cigarette behind her back when her father walked into the room and caught fire.

All of these women burned to death in front of their families or friends. None of them were doing anything particularly risky at the time except for wearing clothes around a source of light or a cigarette — something men could do without the same risk. “There is a burden on women to think about their bodies in space in a way that men don’t have to,” Matthews David says. “The only fire I found for men really was a guy who left a lit pipe in his suit because woolen suits were pretty flameproof.”

It wasn’t just the fabric, but also the shape of the dresses that caused women’s clothing to erupt in flames. The popular silhouette in the 1850s was a giant bell shape, like Scarlett O’Hara in her curtain dress. “The appeal of the large skirt was that it made you look more slender from the waist up,” says Colleen Hill, a curator at the Museum at FIT. This full skirt, and the air underneath it, created what’s essentially a funnel for fire, with a human body at the center. <> To get that voluminous shape, women used a cage crinoline, a contraption introduced in the 1850s generally made from hoops that were attached with tape and then fastened around the waist, Hill says. “It looks like obviously we’re putting women in a cage in that time period, but in many ways it was considered to be a liberating garment,” Hill says.