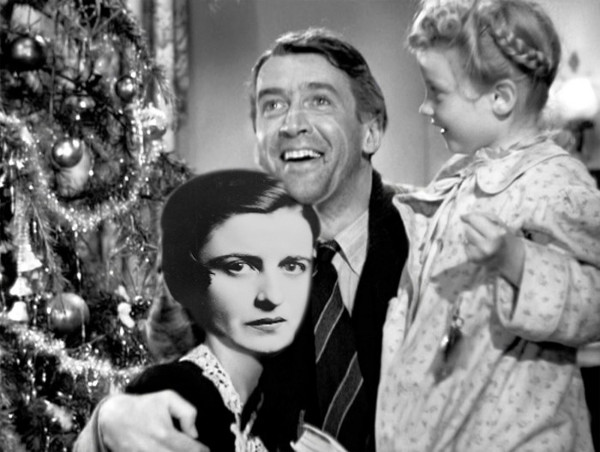 Director Frank Capra said "It's a Wonderful Life" was designed to "strengthen the individual’s belief in himself" and "to combat a modern trend toward atheism." But the FBI's 13,533-page Communist Infiltration of the Motion Picture Industry classed the movie as a secret work of Communist propaganda, "written by Communist sympathizers...to instigate class warfare" and "demonize bankers."

The FBI's witch-hunt against the film industry drew heavily on a pamphlet published by Ayn Rand's group, which warned that the secret Communists of Hollywood were "introducing small, casual bits of propaganda into innocent stories and to make people absorb the basic principles of Collectivism by indirection and implication" to "split the rock of Americanism."

Rand and her ideological descendants have always had a curious relationship with "freedom." Milton Friedman abetted the secret torture-murders of tens of thousands of Chileans (and today the Libertarian right makes unfunny jokes about subjecting their opponents to these same torture-murders), and Peter Thiel is the kind of "freedom-lover" who builds mass surveillance gear for use at home and abroad and thinks that women shouldn't be allowed to vote because "I no longer believe that freedom and democracy are compatible."

So it's not surprising that Rand, who decried Soviet censorship and argued for the freedom of a "marketplace of ideas" was simultaneously working with a secret, unaccountable state-surveillance apparatus to spy on her ideological opponents and ruin their lives.

Rand and her associates helped design a “film regime” that dissected other post-war movies like William Wyler’s The Best Years of Our Lives and George Cukor’s Keeper of the Flame. These McCarthy-era film critics sought to root out "ideological termites" in the industry; they were especially distrustful of movies that elevated what Rand called, with contempt, "the little man.” One of the films identified as particularly pernicious to the “rock” of Americanism was Frank Capra’s classic It’s a Wonderful Life, a movie that today seems built on bedrock U.S. nationalist values—commitment to family, redemption through faith, contentment with modest small-town living….