After 8 years of archiving, the Library of Congress will stop ingesting the Twitter firehose 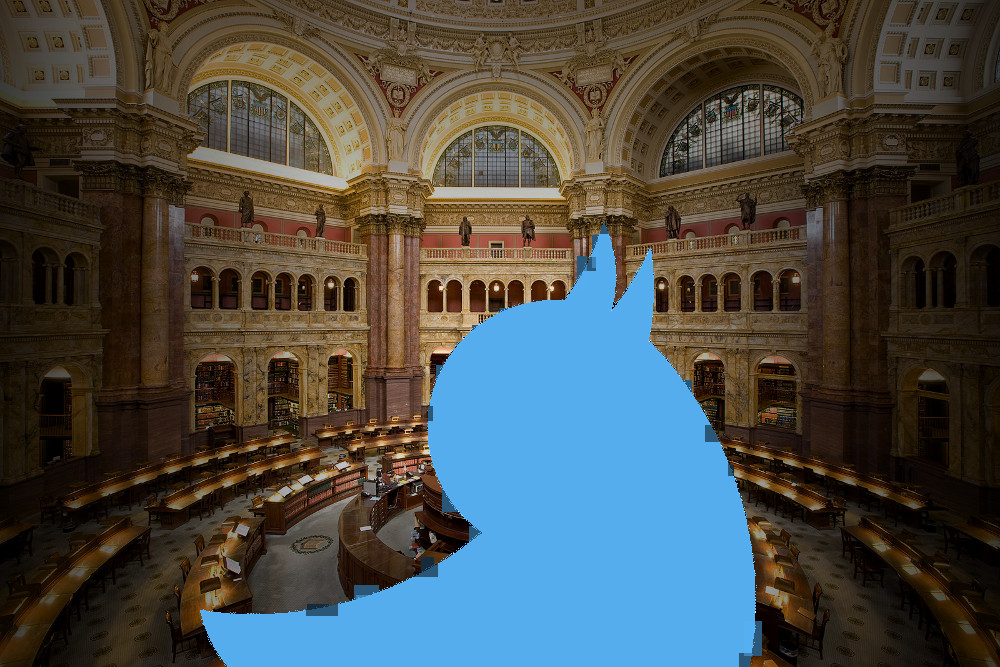 In 2010, Twitter gave the LoC a copy of every tweet sent since the first one in 2006, and the Library embarked on a program to archive every public tweet sent on the service -- but that will stop after Dec 31.

Instead, the Library of Congress will only archive "historically significant" tweets. In setting out its list of reasons to trim the archive the LoC blames the decision in part on Twitter expanding the size of tweets to 280 characters; it also says that the first 12 years of Twitter capture "the rise of an important social media platform."

The Library's archive is embargoed, with no specific date set for public access.

Some factors contributing to this decision include:

(a) The nature of Twitter has changed over time.

i. The volume of tweets and related transactions has evolved and increased dramatically since the initial agreement was signed.

ii. The Library only receives text. It does not receive images, videos or linked content. Tweets now are often more visual than textual, limiting the value of text-only collecting.

iii. Twitter is expanding the size of tweets beyond what was originally described at the beginning of effort.

(b) The Library now has the first 12 years of public tweets. This period documents the rise of an important social media platform.