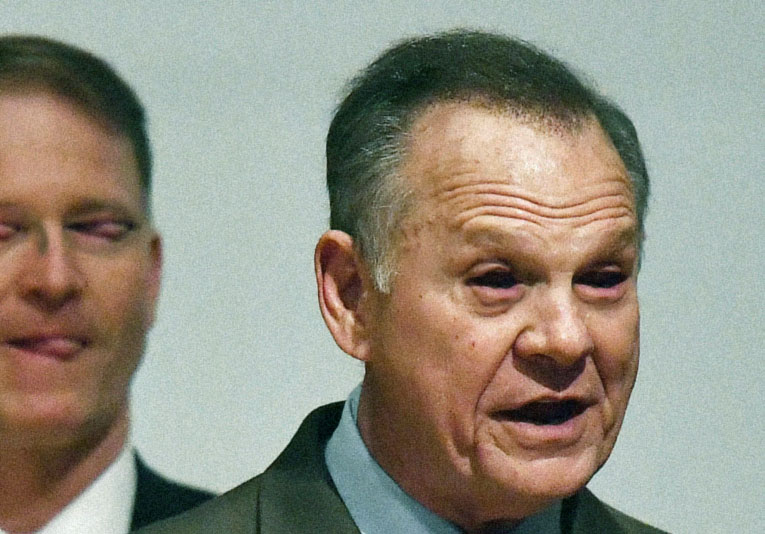 Despite the official certification of Doug Jones' victory, a quick booting from the courts, pleas from fellow Republicans, and the sheer implausibility of his voter-fraud claims, Roy Moore continues to deny that he lost this month's special Senate election. Though losing by some 20,000 votes after teen sex assault allegations came his way, all that matters is God's truth.

"I have stood for truth about God and the Constitution for the people of Alabama. I have no regrets. To God be the glory," the accused child predator said.

"Election fraud experts from across the country have agreed that this was a fraudulent election," he claimed, offering no specifics.

"I've had to fight not only the Democrats but also the Republican Senate Leadership fund and more than $50 million in opposition spending
from the Washington establishment."