40 common tourist scams to look out for 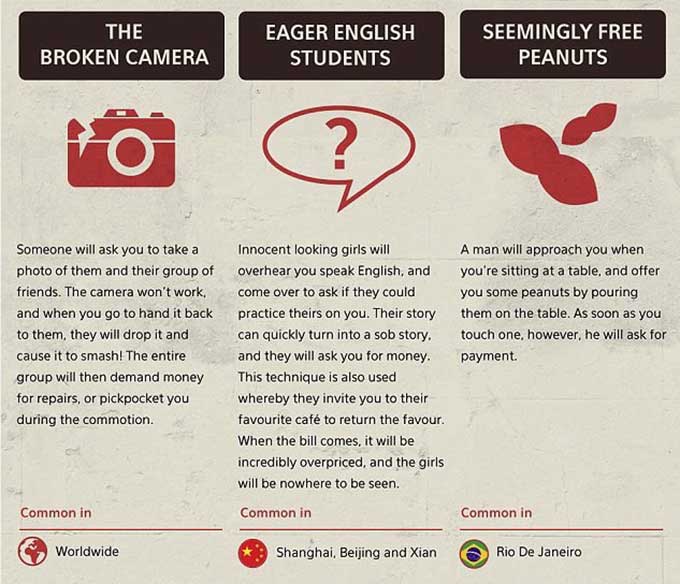 Here's an infographic with 40 scams you should be aware of when you travel. Grifting creeps have tried pulling scams like this on me on various trips but luckily they weren't good enough at their trade to stop me from figuring out what was happening before I lost any money.

Someone will ask you to take a photo of them and their group of friends. The camera won’t work, and when you go to hand it back, they will drop it can cause it to smash. The entire group will then demand money for repairs, or pickpocket you during the commotion.

Scam artists will slide fake takeaway menus under your hotel door, in the hope that you order from them on an evening where you don’t feel like going out. You won’t receive any food though, just a frightening bank statement after they have used your card details to make their own copy.

When you arrive at your hotel from the airport, the taxi driver will kindly take your bags out of the trunk for you. He’ll seem in a rush though, and quickly hop back into his car and drive off as soon as possible. This is because he’s actually left one of your smaller and less memorable bags in his taxi.