Ferdinando Buscema on the power of play 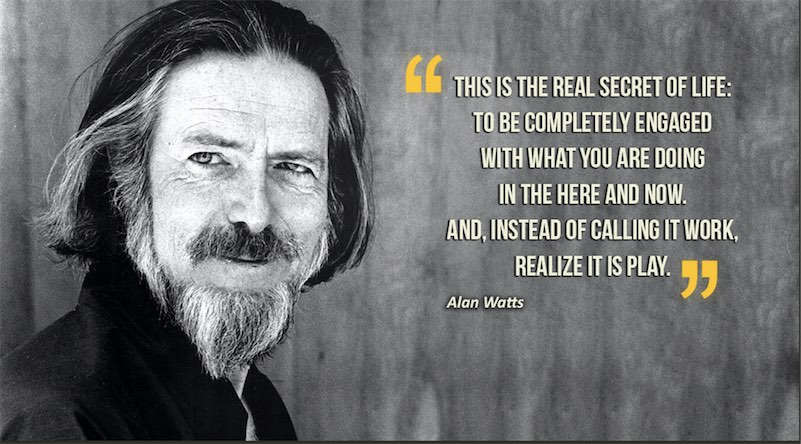 It is common in industrial and post-industrial societies to suppose a rigid, almost antagonistic division between work and play. We work in order to earn enough money to afford us time for something called fun or play—the antidote for work. Moreover, "play" is most often associated with children's pastimes, geeky video games, or other unproductive activities considered the opposite of seriousness. Maybe there is more to play than meets the eye?

In the classic study Homo Ludens, the great scholar Johan Huizinga pointed out the anthropological relevance and the profound evolutionary implications of the human activity called play. Huizinga saw the instinct for play as the central force of civilized life: "Law and order, commerce and profit, craft and art, poetry, wisdom and science. All are rooted in the primeval soil of play." Five hundred years before LEGO registered the trademark, Renaissance magus Marsilio Ficino used "Serious Play" (Serio Ludere) to describe the way the fathers of Western thought operated: “Pythagoras, Socrates, and Plato had the habit of hiding all divine mysteries behind the veil of (...) serious play". And speaking of divine mysteries, in the Hindu mythology the god Brahman creates the world itself, as it were, through Lila — "divine play." Play seems to be serious business after all.

Play is a state of mind, a highly sophisticated approach to life and work. Play is a fun, flow-inducing experience, among the most enjoyable states of consciousness available to humans. Play is a space for experimentation—a primal learning environment that allows one to take controlled risks without dangers. Play is a delightful, exhilarating feeling of creative accomplishment, of heightened functioning, optimistic engagement with the world around us. At its best, our play makes us feel alive, present in the moment, and fully activated as human beings.

In this time in history, when the rules of the games we play are being rewritten, it may be worth injecting a healthy dose of playfulness in our daily lives—seeking more fun, lightness, engagement, and fulfillment.

My personal interest in such a timeless topic recently led me to curate the TEDxPwCMilan event titled More Than Play. Produced by PwC Italia, one of the Big Four accounting firms, the event was designed to foster learning agility, explore the concept of play and its beneficial implications at the personal and organizational level.

Among the high-profile speakers, Boing Boing editor and Institute for the Future researcher David Pescovitz shared personal tales about the importance of playfulness in his work. He described how play was and is a driving force behind Boing Boing itself; a pillar of the Futures Thinking methodology practiced at the Institute For The Future; and a crucial factor for the success of the Voyager Golden Record Kickstarter campaign. Each of these examples share a common thread: being moved to create and produce just for the fun of it-—eventually resulting in amazement at the unexpected fruits of one's play.

It may be a long way before work will overcome its reputation of necessary evil, and before the divide between work and play are bridged. And let us not even forget the countless people working under inhuman conditions, those for whom work itself a distant dream, and the reflections upon work and play a luxury. However, I sense signals of hope. In the words of philosopher Alan Watts:

"This is the real secret of life -- to be completely engaged with what you are doing in the here and now. And instead of calling it work, realize it is play."