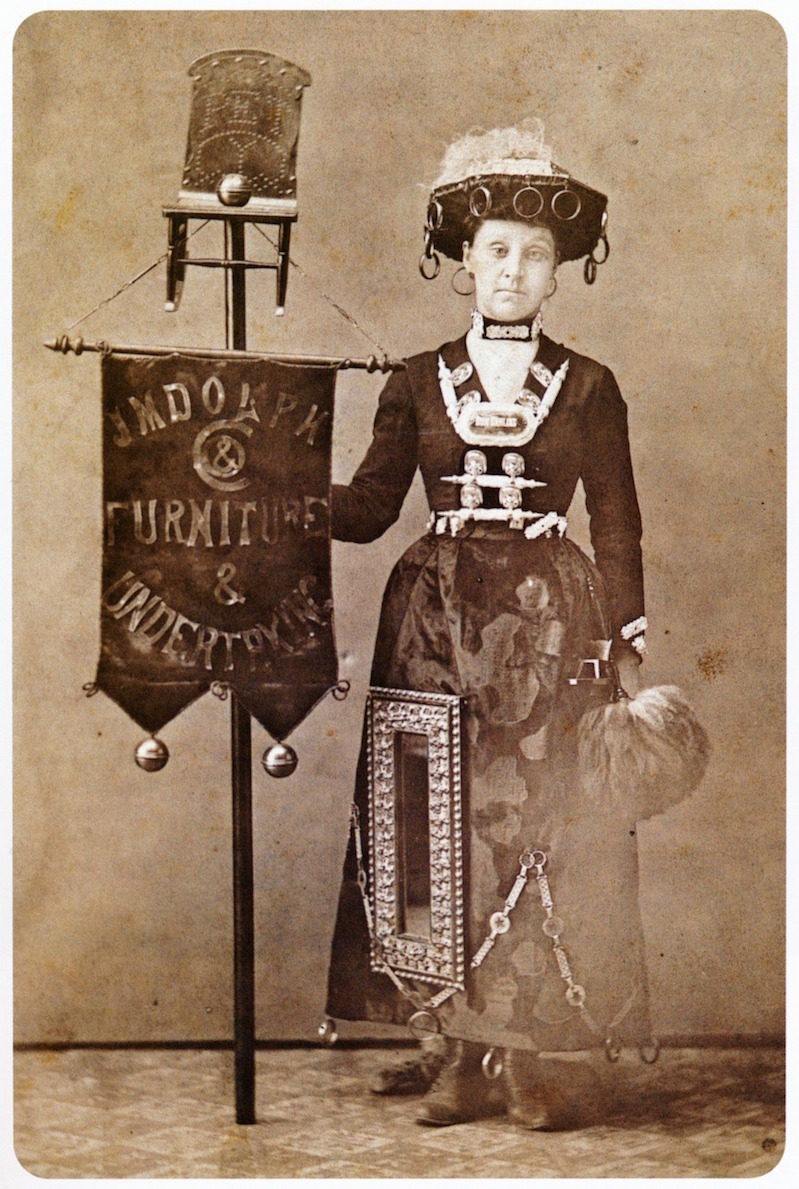 Back in the 1800s, a curious retailing trend began where strangely costumed women would pose for cabinet cards advertising various businesses, like Heinz pickles or J. M. Dolph & Co. Furniture & Undertaking, above.

Many cabinet cards feature the name and location of the photographer printed on the front of the card underneath the picture. Some have fancy backmarks advertising the photographer (this trend increased towards the end of the century when advertising became commonplace), whereas some have no markings at all.

Cabinet cards reached their peak of popularity in the 1870s through the 1890s. They continued to be made into the 1900s, albeit less frequently. With the introduction of the real photo postcard in the early 20th century, cabinet cards fell almost completely out of favor in the U.S., and only managed to hang on for a little longer in Europe.