Video of 10 hours of white noise has 5 copyright claims 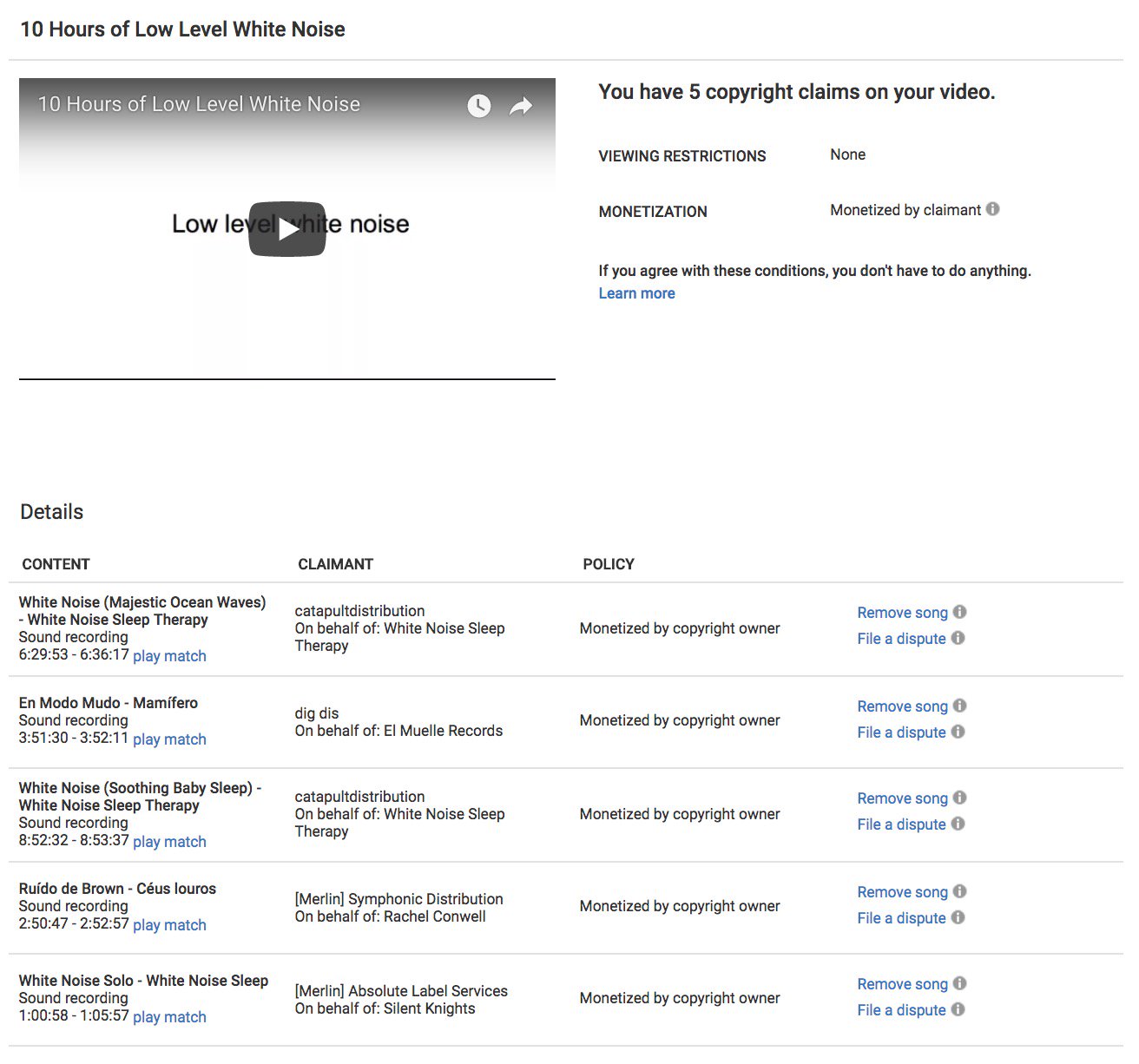 Sebastian Tomczak, who blogs his fascination with sound and technology at little-scale.blogspot.com, reports that "My ten hour white noise video now has five copyright claims!"

The culprit appears to be YouTube's hapless and hostile contentID system, which automatically matches portions of different videos, makes stupid conclusions about intellectual property, then invites corporate customers to "claim" and monetize other people's work as their own.