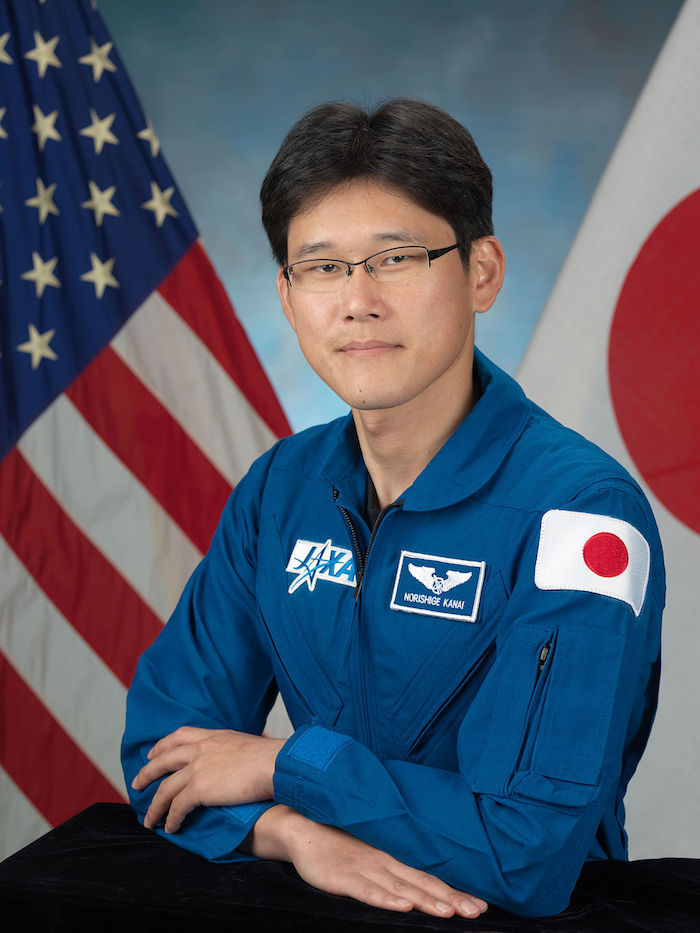 It's typical for astronauts in space to grow in height up to two inches. But 3-1/2 inches? Not so common, according to NASA.

However, Japanese astronaut Norishige Kanai, who is currently at the International Space Station, tweeted this morning that he's grown 9 centimeters, or 3-1/2 inches, in space, and that he's "a little worried" that he won't be able to fit into the tight quarters of the vehicle used to transport him from the ISS back to Earth's atmosphere.

“Good morning, everyone. Today I share some serious news. Since coming to space, I have grown 9 centimeters. This is the most I’ve grown in 3 weeks since junior high school. I am a little worried I won’t fit in my seat on the return trip on Soyuz." [This translation is from The Washington Post.]

Kanai is mostly likely just kidding about being too tall to travel back to Earth (Hollywood, take notes for your next screenplay!), but growing too many inches in space could potentially cause problems for astronauts once its time to head back home. According to the Washington Post:

While it is temporary, and astronauts return to their normal height when they slip the bonds of space and return home, the height difference has an immediate impact on the dimensions of space suits, stations and vehicles.

Space is a premium in, well, space, with each inch scrutinized to pack in instruments, tools, plants and insects for experiments and other essentials like food and water. That means living and working quarters are tight. On the Russian Soyuz TMA spacecraft station, the vehicle used to get astronauts to and from the ISS, personnel are limited to 6 feet 3 so they can fit inside the seats. That means anyone at that limit on Earth would be restricted from ISS operations.

“I am a little worried I won’t fit in my seat on the return trip on Soyuz,” Kanai said, though he was probably joking. Each seat liner on the vehicle is customized and molded to the body of each astronaut and taken to the Soyuz to ensure a tight fit during the violent reintroduction to gravity.

When Brits were asked by YouGov if they’d be willing to take a trip to the Moon (with safe return assured) half said no. Top reasons cited: not interested (23%), not enough to do or see (11%), would rather visit other places on Earth (10%), no point (9%), and (most British of all) reject premise […]