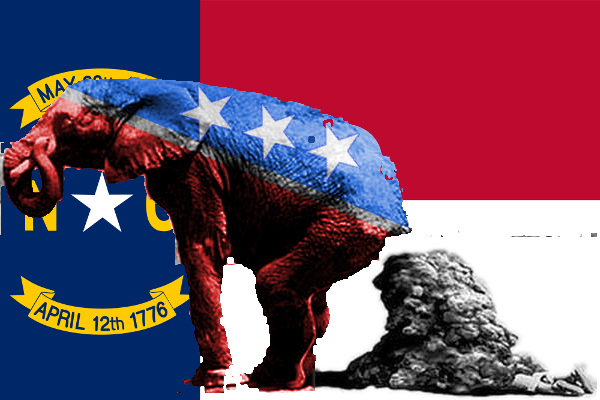 North Carolina is one of several Republican-held states whose legislatures have created bizarre, misshapen and fundamentally, provably unfair electoral maps that ensure that the votes of Democrats in their states almost never result in representation by Democratic lawmakers.

A panel of federal appeals court judges just ruled on a lawsuit that argued that North Carolina's redistricting, which divided the state into 10 GOP-held districts and 3 Democratic ones, was blatantly unconstitutional, a violation of the 14th Amendment's guarantee of equal treatment under the law.

The decision, which includes an order for new districts to be drawn up by Jan 24 and be ready for use in the 2018 midterm elections this November, will have an impact on the Supreme Court's own pending ruling on Republican gerrymandering in other states and bodes well for electoral fairness.

However, there is still the 2020 Census to think of, which has already been sabotaged by the GOP, and which could result in a decade's worth of advantage to the Republicans as they exclude millions of Americans from the count.

In a separate post on Twitter, Mr. Woodhouse argued that Judge Wynn had concluded that North Carolina’s Republicans “should not be allowed to draw election districts under any circumstances under any set of rules,” an effort he called “a hostile takeover” of the General Assembly and legislatures nationwide. Republicans could ask the Supreme Court to stay the decision and allow the disputed map to be used this year.

But critics of the congressional map welcomed a decision that was notable for its tartness and urgency.

“Clearly, the courts have realized that they do need to step in and police extreme partisan gerrymanders, and the court recognized that North Carolina’s gerrymander was one of the most extreme in history,” said Ruth Greenwood, senior legal counsel at the Campaign Legal Center and a lawyer representing some of the map’s challengers.