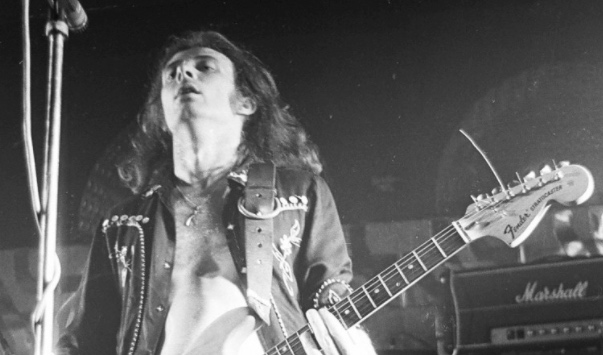 'Fast' Eddie Clarke, guitarist for Motörhead during their best years, has died at 67 while in the hospital with pneumonia. With his death preceded in 2015 by Phil “Philthy Animal” Taylor and Lemmy Kilmister, the classic Motörhead lineup is now gone. From Rolling Stone:

It was during Clarke's tenure with the band that Motörhead got the reputation of being one of the loudest bands in rock. "Man, it wasn't our fault," he recalled in the band's biography Beer Drinkers and Hell Raisers. "I was forever trying ... to hear myself, so I was forever adding fucking amps over my side, and Lemmy was just adding more and more on his side, and then Phil [Taylor] had bigger monitors. It was ... each one of us, because we never interfered with each other's stuff."