How do you play this boardgame from 375 C.E. 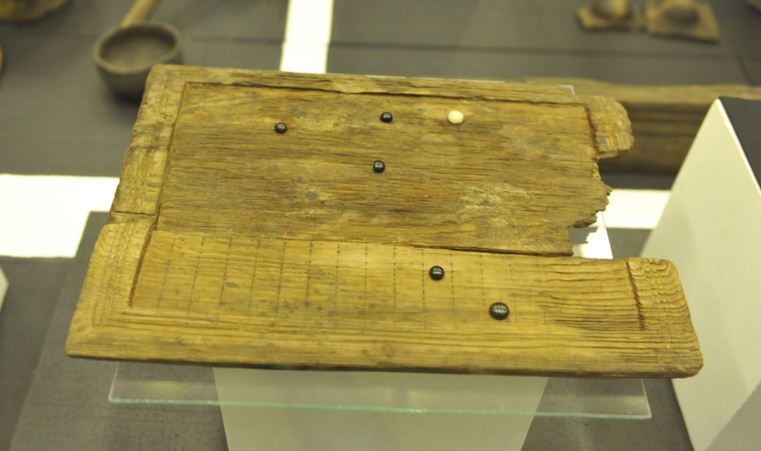 This board game was found in Poprad, Slovakia inside a German prince's tomb that dates to 375 C.E. Now, researchers at Switzerland's Museum of Games are trying to figure out how to play it. From Smithsonian:

It’s likely the board is designed to play Latrunculi or Ludus latrunculorum, which translates as “Mercenaries” or the “Game of Brigands” or some variant. That game was originally derived from an ancient Greek game called petteia which is referenced in the works of Homer. There are a handful of vague descriptions of how the game was played in ancient sources, but researchers have not successfully figured out the complete set of rules so far, though many gamers have come up with their own guesses.

“There were plenty of board games in ancient times with many variants, but reconstructing the playing technique is a very complicated process that only top experts can solve,” Karol Pieta, the archaeologist in charge of the dig, tells the Spectator.