Incredible! Face of Christ in a spiral 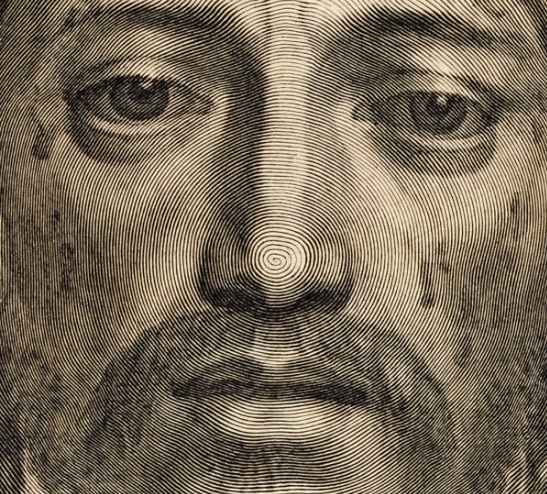 Claude Mellan's copper engraving "Face of Christ" (1649) consists of a single line starting at the tip of the nose and spiraling out with varying thickness to create the image. The copper plate is approximately 17" x 12.5". From ArtGallery.nsw:

Starting with the tip of his burin in the centre of the plate, Mellan pushed the tool forward while simultaneously rotating the copper plate with his free hand in an anti- clockwise direction to create a near perfect spiral. Today, the original copper plate for Mellan’s print is in the collection of the Bibliothèque royale in Brussels.