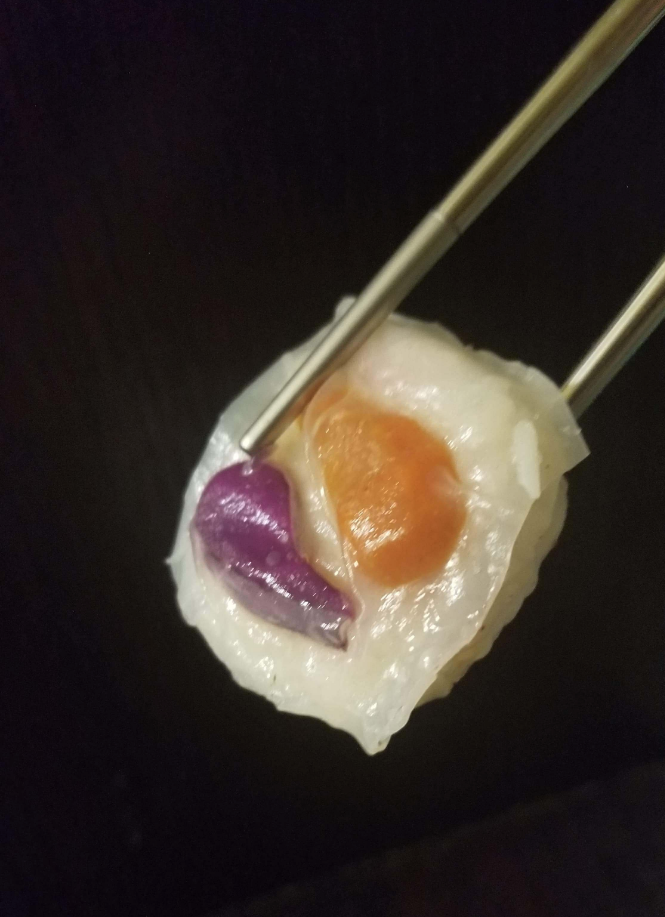 Tide's laundry detergent pods look good enough to eat. In fact, since the brightly-colored product's introduction (a bestseller for its creator, Proctor & Gamble) six years ago, children have frequently gotten sent to the ER for consuming them.

Despite the dangers, the "eating Tide Pods meme" remains strong.

Now, in 2018, we finally have "Tide Pods" you can actually eat, in the form of vegan sushi. While recipes for Tide Pods candy and a gelatin-based dessert have been floating around, Hilary, a friend of Redditor dweron, has attempted to crack the "edible pods code." Her sushi retains the squishiness of the swirling "purple" and "orange" sections using truly edible foods like carrot, cabbage, and rice paper.

I say "attempted" because, in my opinion, Tide Pods would taste like candy or frosting not vegan sushi. Solid try, though!

Doja Cat has declared herself a cow, a hamburger-eating one at that, in her recently-released, now-viral music video titled “Mooo!.” Noisey on the 22-year-old Los Angeles-based pop singer: The track starts inauspiciously, a chintzy nursery rhyme about cows set to pixel art visuals, but bouncing anime boobs in the background quickly let you know you’re […]