How machine learning engineers can detect and debug algorithmic bias 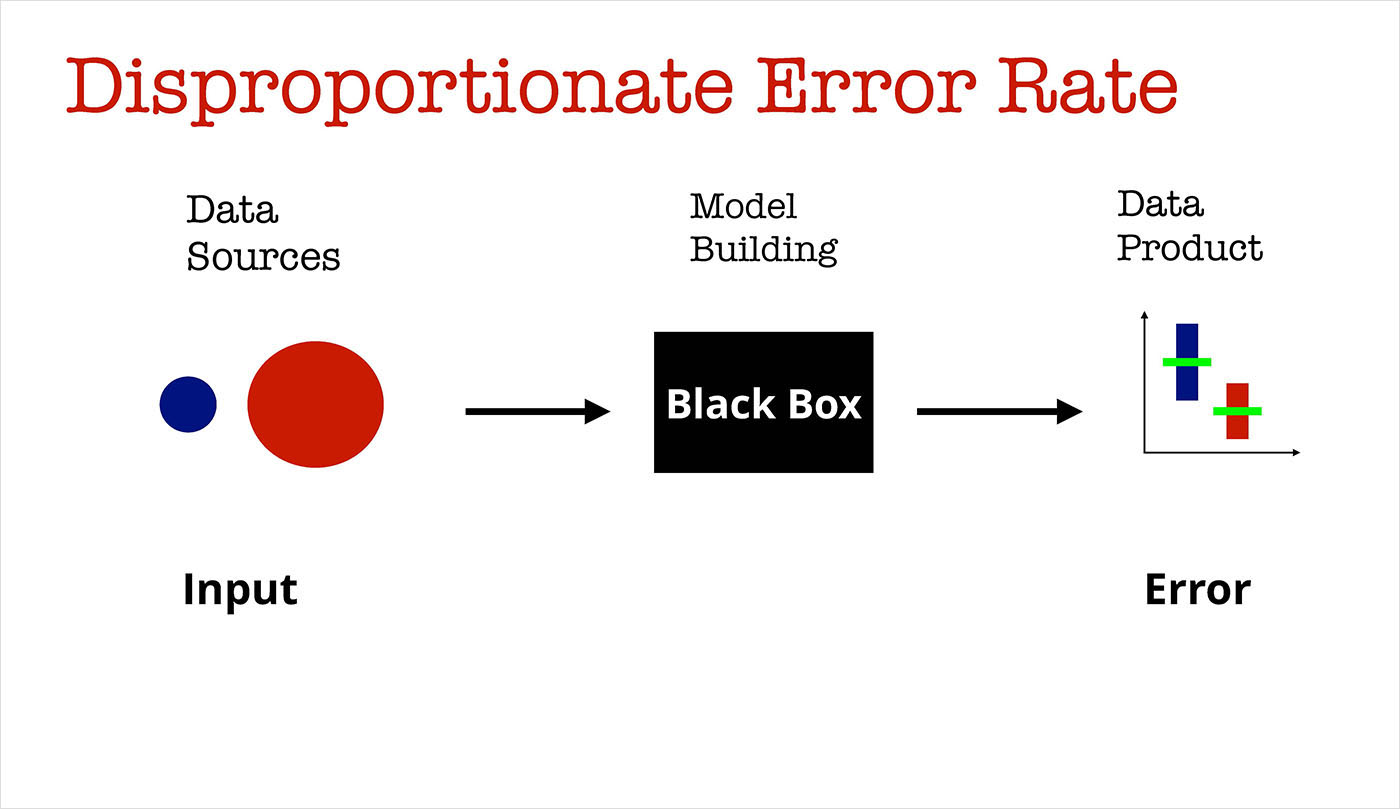 Lorica describes a new job emerging in IT departments: "machine learning engineers," whose job is to adapt machine learning models for production environments. These new engineers run the risk of embedding algorithmic bias into their systems, which unfairly discriminate, create liability, and reduces the quality of the recommendations the systems produce.

He presents a set of technical and procedural steps to take to minimize these risks, with links to the relevant papers and code. It's really required reading for anyone implementing a machine learning system in a production environment.

Another example has to do with error: once we are satisfied with a certain error rate, aren’t we done and ready to deploy our model to production? Consider a scenario where you have a machine learning model used in health care: in the course of model building, your training data for millenials (in red) is quite large compared to the number of labeled examples from senior citizens (in blue). Since accuracy tends to be correlated with the size of your training set, chances are the error rate for senior citizens will be higher than for millenials.

For situations like this, a group of researchers introduced a concept, called "equal opportunity", that can help alleviate disproportionate error rates and ensure the “true positive rate” for the two groups are similar. See their paper and accompanying interactive visualization.