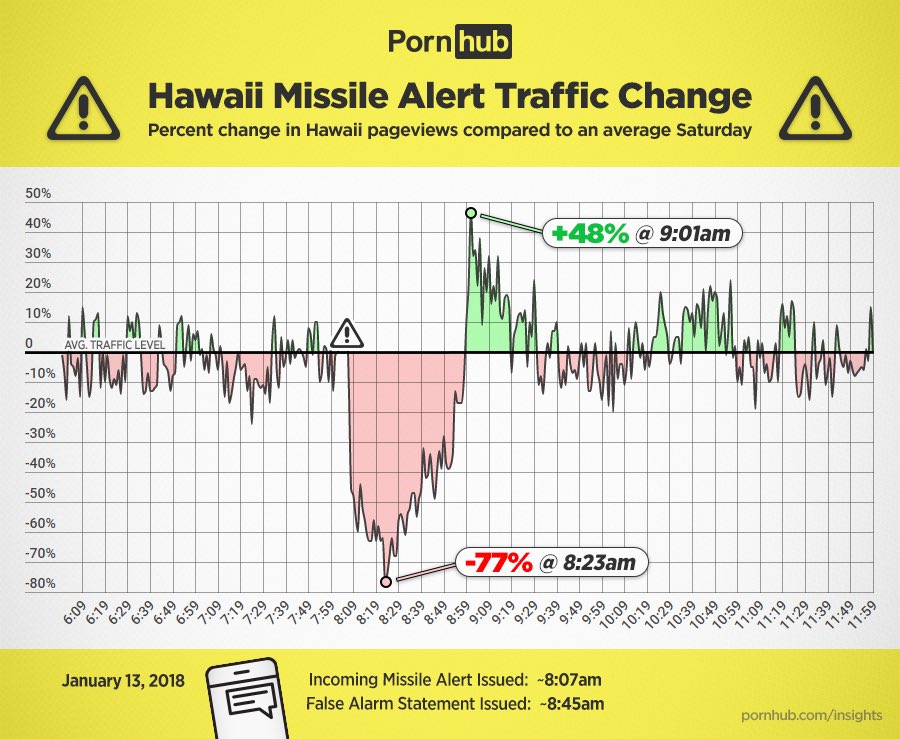 When an alert went out warning Hawaiians they were about to get nuked, they immediately stopped fapping.