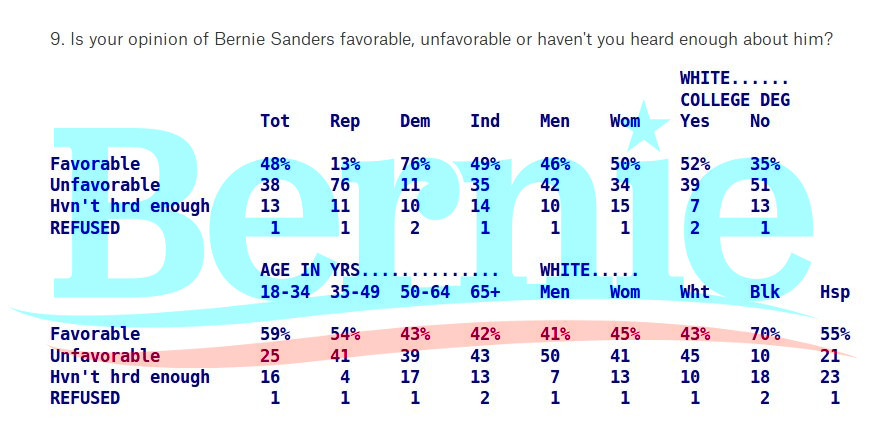 A Quinnipiac poll of 1,212 voters taken last week found that Bernie Sanders was far and away the most viable Democratic candidate (76% approval), beating Oprah (69%) and Gillibrand (25%) -- and that moreover, his approval ratings were highest among women and people of color, putting a lie to the stereotype of "Bernie Bros" as young, middle-class white male political radicals who are oblivious to the more moderate preferences of others.

Either you have a very robust theory of false consciousness to explain this or maybe you should reconsider the idea that Bernie speaks only to and for white bros.