SF peeps: Paint the town white with the 'Brides of March' 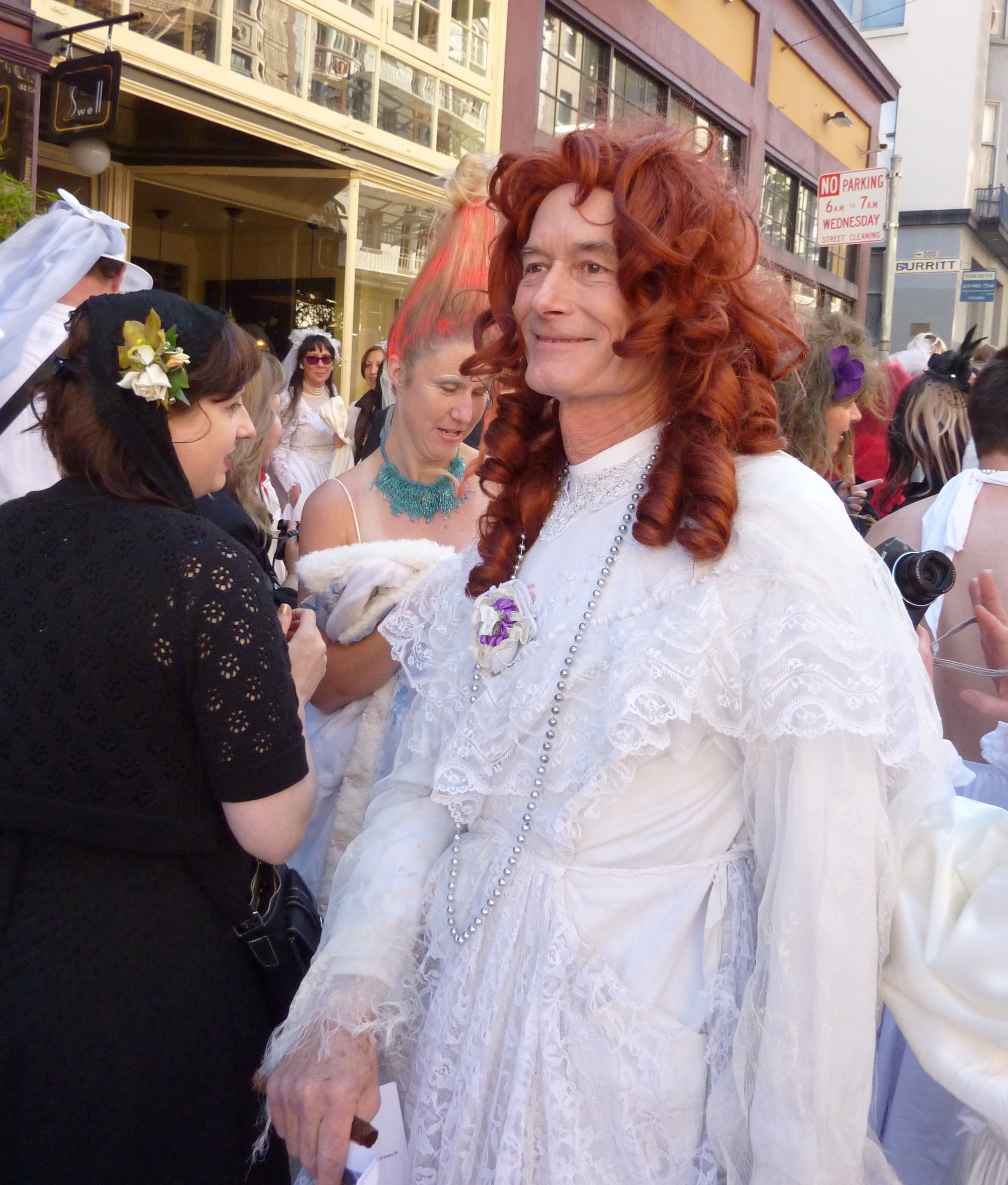 The Ides of March will soon be upon us. In San Francisco, that means it's once again time to don a a white wedding dress to paint the town white with other "brides."

Now in its 20th year, the annual "Beware the Brides of March" gathering was started by Burning Man co-founder Danger Ranger (previously) who thought of the idea while in a thrift store:

I saw a rack of used wedding dresses and realized how often the dream of an ideal marriage had failed and how so much of this dream has been fabricated in order to fuel the ever-increasing consumption of new products. I thought it would be funny to take the primary symbol of this sacred institution and twist it around, much like what the Cacophony Society did with the Santa Rampage. This is classic Situationist ‘Detournament’, the hijacking of a message.

Want to be part of this bridal party? On Sunday, March 18th, arrive promptly at 2:30 PM at Bar Fluxus (18 Harlan Place at Grant Ave, SF):

We’ll have a few rounds of drinks at the bars and wait for late arrivals. By 3:30 PM we’ll be suitably liquored up for a stroll around town, with stops at our favorite Formal Wear store, and diamond importer. From there, we’ll continue on Grant and turn onto Maiden Lane, Stopping for a photo op at the gates of Maiden Lane. Then we’ll race across the street to Union Square and gather around our edifice of desire, the monolith of John Dong Long. From there, we’ll proceed across the street to an exclusive department store for a fresh application of lipstick and makeup from the counter samples.

And: "Wear a dress, please. It's the Brides of March, not the Grooms of March." If you think you won't find a wedding dress that will fit, please take a look at this "dress hacking" page first.