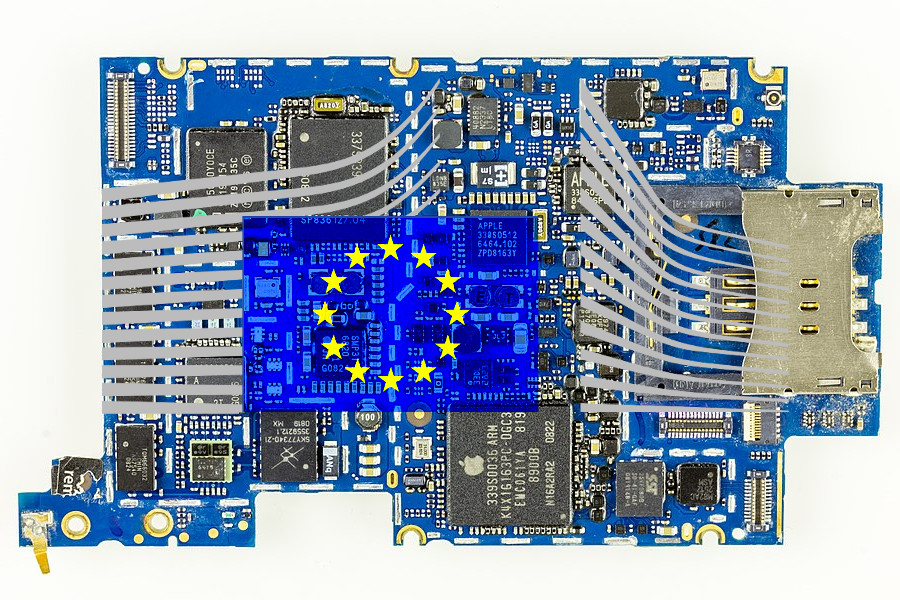 The US -- allegedly a bastion of the "free market" -- has one of the world's lowest levels of economic competition, thanks to the triumph of the Chicago School economists, who used shitty math to convince Ronald Reagan and his successors that the only time a monopoly is a problem is when it raises prices.

Not so in Europe, where they're happy to hand the likes of Google multibillion dollar fines and chase Apple for billions in tax-evasion penalties -- and starting in May, they're going to hand out the corporate death-penalty to the entire ecosystem of surveillance capitalism.

The latest flex from the European Commission is €997 million fine levied against Qualcomm for cutting a secret deal with Apple in which the chipmaker paid Apple billions in bribes to guarantee that Apple wouldn't buy from any of its competitors.

Commissioner Margrethe Vestager, in charge of competition policy, said: "Qualcomm illegally shut out rivals from the market for LTE baseband chipsets for over five years, thereby cementing its market dominance. Qualcomm paid billions of US Dollars to a key customer, Apple, so that it would not buy from rivals. These payments were not just reductions in price – they were made on the condition that Apple would exclusively use Qualcomm's baseband chipsets in all its iPhones and iPads.

This meant that no rival could effectively challenge Qualcomm in this market, no matter how good their products were. Qualcomm's behaviour denied consumers and other companies more choice and innovation – and this in a sector with a huge demand and potential for innovative technologies. This is illegal under EU antitrust rules and why we have taken today's decision."