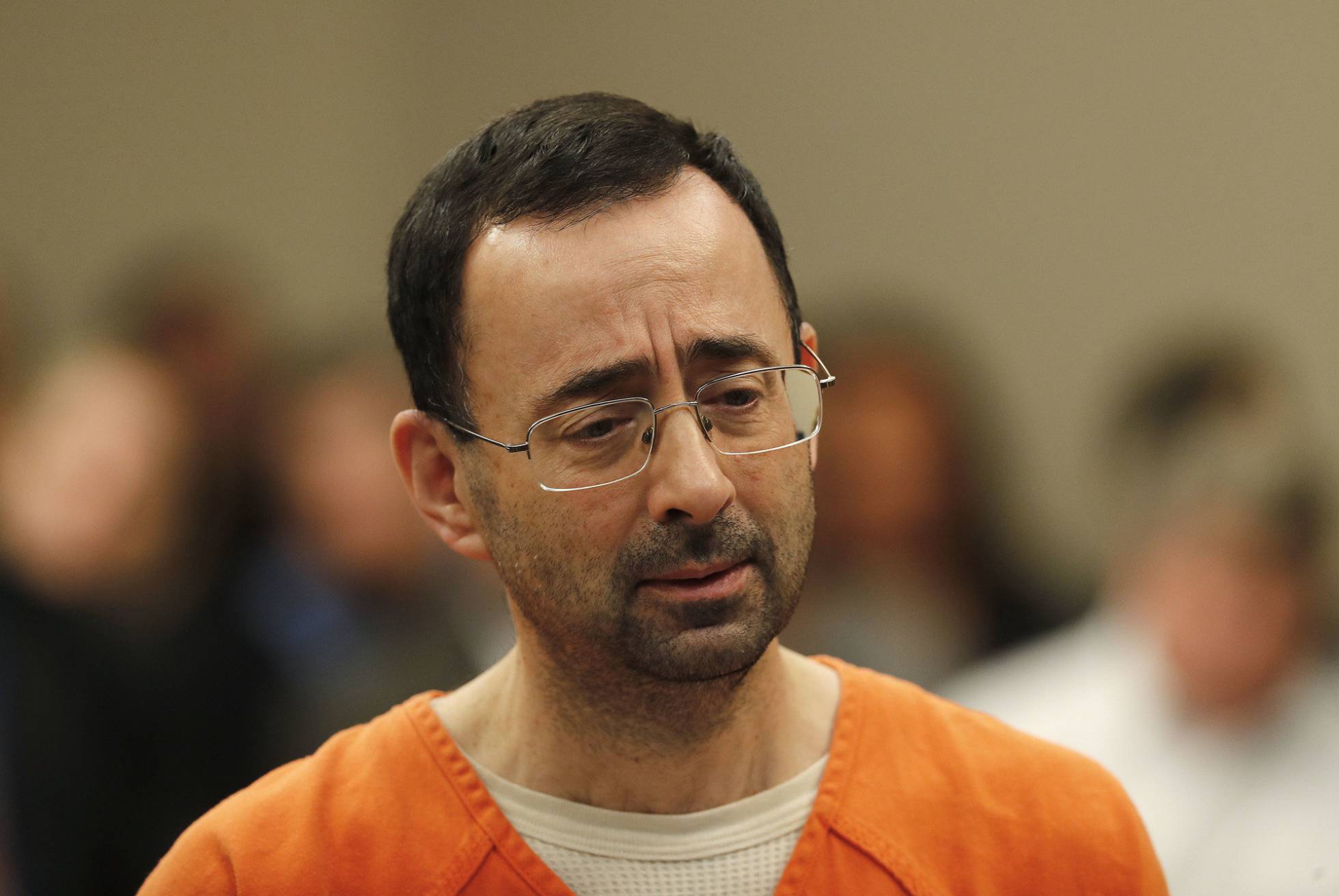 Larry Nassar was sentenced today to 175 years imprisonment, Justice Rosemarie Aquilina telling him "I've just signed your death warrant." 163 of his victims—many of them young women athletes all but ordered to tolerate his abuse by sporting authorities who held the power to end their careers—gave accounts of assault at his sentencing.

“It is my honor and privilege to sentence you. You do not deserve to walk outside a prison ever again. You have done nothing to control those urges and anywhere you walk, destruction will occur to those most vulnerable.”

Nassar found competitive gymnastics to be a “perfect place” for his crimes because victims saw him as a “god” in the sport, a prosecutor said Wednesday, shortly before the former doctor was to be sentenced for years of molesting Olympic gymnasts and other young women.

OMG... the judge is now reading Larry Nassar's self-serving, whiney statement, in which he claims he is the victim. This is insane. Just from her tone of voice as she reads you can tell she is about to throw all the books at him. #NassarSentencing