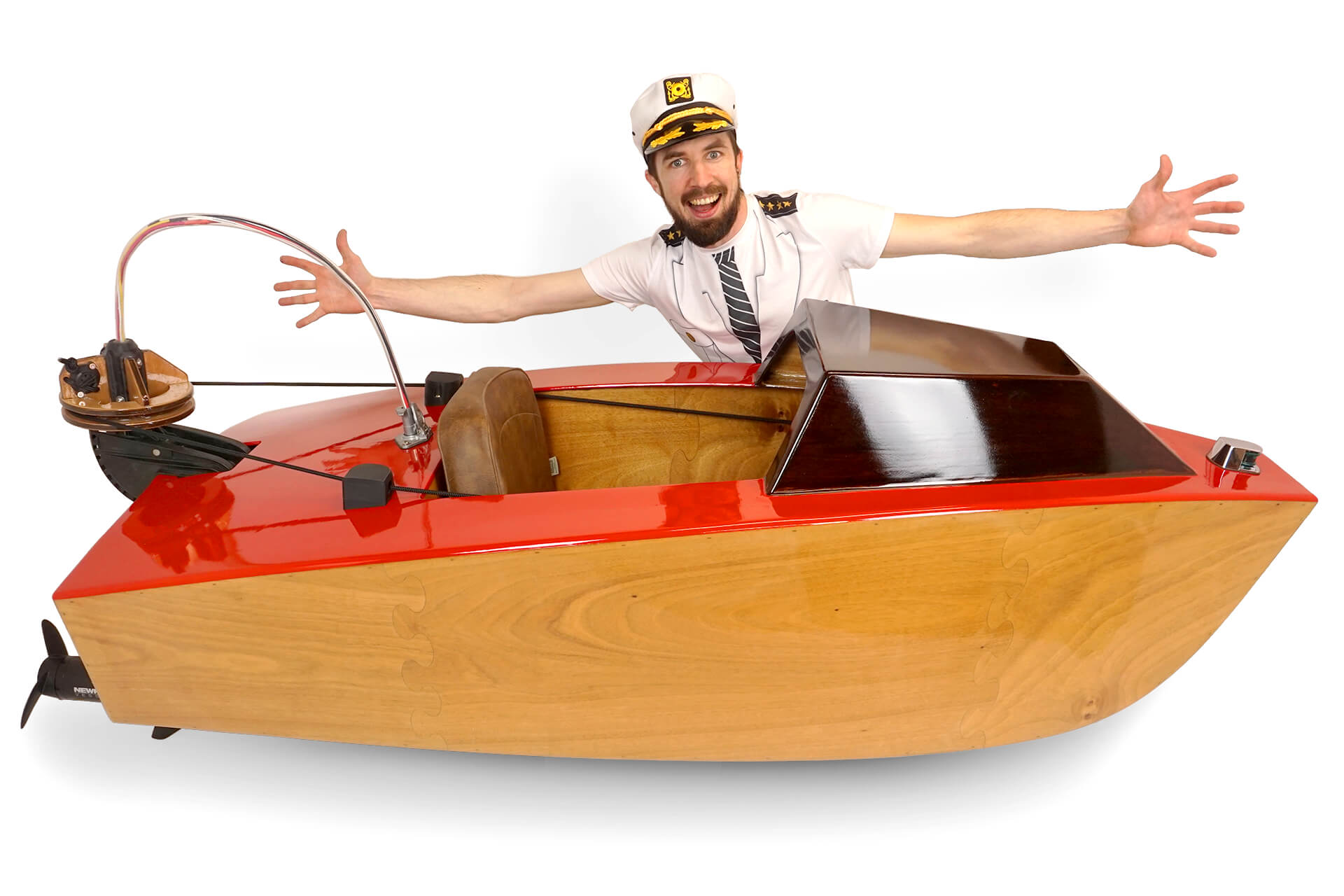 Your dreams of captaining your own tiny-but-shiny electric boat are about two grand and a fair amount of elbow grease away.

The Mini Boat is a kit you can buy for $950 and then assemble with cable ties and epoxy. No, really, look...